An article co-written by Julia Meyers-Manor, Ripon College assistant professor of psychology, has garnered widespread attention nationally and internationally, including coverage from Time, NBC News, Inside Edition, the Daily Mail, The Conversation, the Canadian Broadcasting Corp. and numerous other print and broadcast outlets.

“Lending a helping paw: Dogs will aid their crying human” was written with Emily M. Sanford of John Hopkins University. It describes an experiment run by Meyers-Manor, wherein 34 sets of dogs and their owners were recruited. Each owner sat in a chair behind a clear door that the dog could easily push open. Half the people were assigned to cry loudly for help, and the other half were told to hum “Twinkle, Twinkle, Little Star” and say “help” in a calm voice.

The researchers expected to find that dogs would push open the door more often for crying than for humming, but they found that that was not the case. On the contrary, about half the dogs opened the door, regardless of which condition their owners were in. This tells the researchers that dogs in both conditions wanted to be near their owners.

However, the stress level of each dog was being tested throughout the duration of the experiment, and it was found that when a dog became stressed out or anxious, they were more likely to not open the door and come to their owner’s aid. The dog needed to be able to regulate its own emotional state before it could be stirred to action.

“It appears that adopting another’s emotional state through emotional contagion alone is not sufficient to motivate an empathetic helping response; otherwise, the most stressed dogs could have also opened the door,” Meyers-Manor says. “The extent of this empathetic response and under what conditions it can be elicited deserve further investigation, especially as it can improve our understanding of the shared evolutionary history of humans and dogs.”

A video about the experiment, published by the New York Times, can be viewed here. 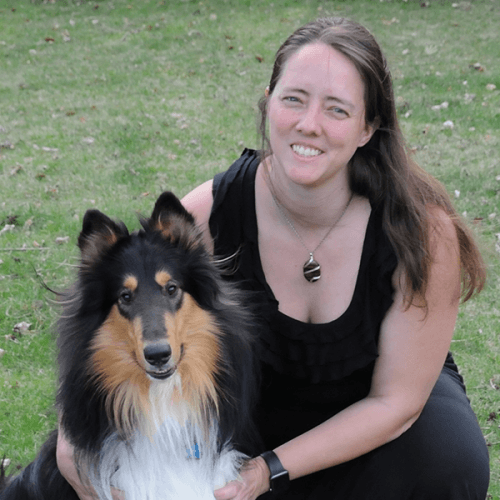