A debate between candidates running for Wisconsin’s 41st Assembly District will be held Sept. 18 at Ripon College. Rep. Joan Ballweg and Frank Buress will debate at 6:30 p.m. in Kresge Little Theatre, East Hall, on the campus. The visit is sponsored by the Center for Politics and the People.

Tim Lyke, publisher of the Ripon Commonwealth Press, will act as respondent to the candidates and ask some questions of each. There will be about 30 minutes for members of the audience to ask questions or make comments.

The 41st Assembly District covers most of Marquette, Adams and Green Lake counties as well as the communities of Ripon, Lake Delton and Wisconsin Dells.

Buress, a U.S. Army veteran, anti-opioid crusader and community activist, lives in Harrisville, Wisconsin and is retired from his own financial consulting business. He serves on the board of directors of Marquette County’s Healthy Communities-Healthy Youth, a prevention coalition affiliated with the Alliance for Wisconsin Youth, and is co-chairman of its Policy Committee on Substance Abuse. He also serves on the Wisconsin State Council on Alcohol and Other Drug Abuse Prevention Committee and both its Opioid Advisory Group and its Workgroup on Workplace Substance Abuse.

Buress is an advocate for clean water, public school funding, term limits, living wage jobs, affordable health care, decent roads and home rule. His columns in the four newspapers in Green Lake County have provided him with an opportunity to argue for his positions on several of these issues.

Ballweg has represented Wisconsin’s 41st district since 2004 and served as Majority Caucus Chairperson in 2011 and 2013. She lives in Markesan where she and her husband own a farm equipment business. She was on the Markesan City Council from 1987 to 1991 and mayor from 1991 to 1997. She also is a member and former treasurer of the Markesan Chamber of Commerce, a member of the Waupun Chamber of Commerce and a member of the Green Lake County Farm Bureau.

She is co-chair of the Joint Committee for Review of Administrative Rules, and is a member of the following committees: Colleges and Universities, Children and Families, Mental Health, Rules, Joint Legislative Council, Jobs and the Economy, International Affairs and Commerce, The Speaker’s Task Force on Foster care, and Tourism.

Her leadership in education, business and health care include writing legislation impacting agriculture, small businesses, health care, and education in the State of Wisconsin. She is spearheading Red Tape Review, a comprehensive look at Wisconsin’s administrative rules, and initiatives relating to strengthening families and early childhood education.; has achieved passage of Donate to Life Wisconsin license plates in an effort to raise awareness and funds for organ donation; and has achieved the opportunity for residents and non-residents to purchase on-day fishing licenses; and is working to modernize and provide greater access to the small claims courts process in Wisconsin. 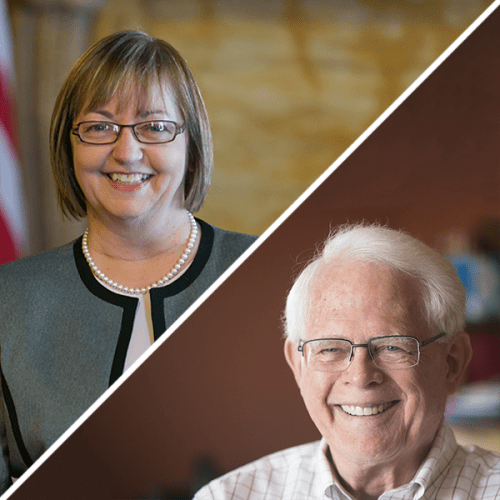