While growing up as an athletic, self-described introverted “homebody,” Missy Skurzewski-Servant ’04 was fascinated with exercise and the human body. She knew early on that going to a college away from home would be necessary for developing the interpersonal skills needed in her desired field of work. Skurzewski-Servant also wanted to attend a smaller school that would allow her to find success in both sports and school.

During a day visit to Ripon College, Skurzewski-Servant found all she was looking for and more. “(My family and I) knew … Ripon was the place for me,” she says. “Everyone was so nice and welcoming, (treating) my family and me as if we had the opportunity to become a part of another family — and we are forever a part of the Ripon family!”

At Ripon College, Skurzewski-Servant studied exercise science and health. She received a master’s degree in kinesiology from the University of Wisconsin-Milwaukee. Skurzewski-Servant has worked in higher education leadership ever since. She currently is dean of the School of Business and Technology at Mid-State Technical College in Wisconsin, where she is a leader of faculty, students and all functions within her department and oversees nearly a dozen programs.

She is appreciative of the skills she developed at Ripon College. “The liberal arts education I received at Ripon helped me develop critical-thinking skills and an acceptance of learning and understanding people, theories and ideas from various topics and discipline areas,” Skurzewski-Servant says.

Her involvement as a member, and later captain, of the Ripon College women’s basketball team continues to influence her choices as a leader. Winning a championship game her senior year was the “magical ending to an important part of my life for so long,” made possible by the inviting, personalized atmosphere offered to her at Ripon, she says.

She treasures the connections she shares with instructors, faculty, students and alumni. “We celebrate life’s successes together and support each other when life gets tough,” she says. “To have that is a blessing and something I value. It also validates that, to this day, I am a part of the Ripon family.

“My wide breadth of education, various career roles, experience as an athletic director, the critical thinking and wide breadth of knowledge learned in my liberal arts degree from Ripon, the leadership skills/teamwork/grit I learned as a part of Ripon’s basketball team, and the interpersonal skills I learned being away at Ripon all are put to use and contribute to the success in my role today.” 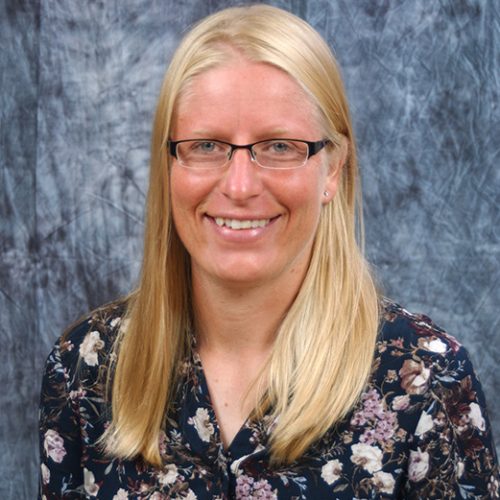