Abby Korb ’20 of Burlington, Wisconsin, worked for Sen. Tammy Baldwin’s re-election campaign as an intern during the summer of 2018. She was supported by a $2,000 Internship Supplemental Grant from the Center for Politics and the People (CPP).

Korb is a double-major in politics and government and psychology. She is the vice president of the Ripon College Feminists and member of the College Democrats. She also works with the psychology department’s Infant Cognition Lab and is one of two student representatives of the CPP.

The hands-on experience and learning how campaigning works is what Korb found most rewarding about her summer internship. “I got an experience that has truly shaped my impression of campaigns,” she says.

Korb encourages anyone interested in interning for campaigns to pursue it. “You will gain knowledge and experiences that may never be available to you again,” she says. “Right now is truly the time to try things, and if you want to make this your future career you should jump on every opportunity you can!”

Korb and four other CPP grant recipients will speak about their intern experiences Monday, Oct. 1. “Dream Internships in Public Policy” will run from 4:30-5:30 p.m. in Kresge Little Theater, East Hall. 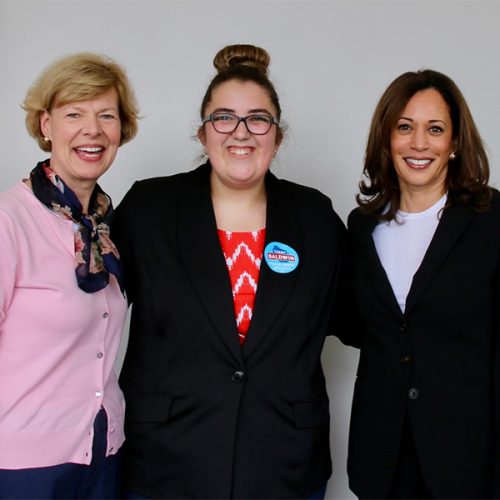