Mark Krause ’19 of Sun Prairie, Wisconsin, is one of six recipients of the 2018 Manson Stewart Award, granted by the Classical Association of the Middle West and South (CAMWS). CAMWS is the largest regional classical association in North America, with 1,500 members from 28 states and three Canadian provinces.

Krause is a double major in classical studies (self-designed) and history. He has received three summer research grants from the Office of the Dean of Faculty, allocated by Vice President and Dean of Faculty Ed Wingenbach. In the summer of 2016, he assisted in the preparation of differentiated Latin instruction.

In the summer of 2017, he conducted research on Prudentius (c. 400 CE), considered “the first Christian Latin poet,” who is under-researched because his era places him in a gap after canonical Latin literature and before Medieval Latin studies. Krause also was selected as one of three interns at the Center for Hellenic Studies, a unit of Harvard University in Washington, D.C., for a two-week session sponsored by the Council for Independent Colleges (CIC) for professors who teach significant units of classical Greek culture in some of their courses.

Krause’s research on Prudentius led to an hour-long presentation at the Wisconsin Association of Foreign Language Teachers in November 2017 on integrating Prudentius into the usual high school Latin curriculum. He also presented at the Midwest American Academy of Religion.

In the summer 2018, he helped to enhance the Ripon Classical Antiquities Collection.

Krause plans to earn a Ph.D. in classics.

Krause is the third Ripon College classics major in the past 15 years to receive the award. Zachary Chitwood ’06, now of Berlin, Germany, was a triple major in history, mathematics and a self-designed major in classical languages. He earned a Ph.D. in Byzantine history from Princeton University in 2012. He previously was researcher for a comprehensive Byzantine encyclopedia at Humbolt University, Berlin, and now is a teacher and researcher at Johannes Gutenberg University, Mainz, Germany.

Ariana Myers ’15 of Franklin, Wisconsin, was a triple major in history, Spanish and a self-designed major in classical languages. She recently researched archives in Palma de Mallorca and in Barcelona, Spain, for her Princeton University history dissertation on religious tensions (converts, apostates) in medieval Spain. 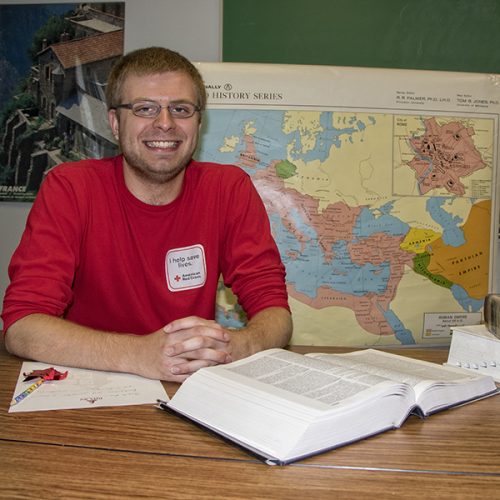