Matthew D. Dacy ’79 of Rochester, Minnesota, is featured in Ken Burns’ latest documentary, “The Mayo Clinic: Faith-Hope-Science,” which debuted on PBS in September.

Dacy graduated from Ripon College with a degree in history and from the University of Missouri in Columbia with a master’s degree in journalism. At Mayo Clinic, he is the director of the Heritage Hall historical museum, assistant professor of the history of medicine, Mayo Clinic College of Medicine, and also works in the development department.

“I often tell people that I’m privileged to specialize in the ‘liberal arts of Mayo Clinic,’ integrating history, art, architecture and other disciplines,” Dacy says. “(It is) a direct result of what I experienced at Ripon College, which is a lasting legacy (in my life).”

A video tour of the Mayo museum conducted by Dacy can be viewed here.

Andrew Limouris ’94 of Glen Ellyn, Illinois, has received the Hellene of the Year Award from the Hellenic Bar Association Foundation. According to the foundation, […]

Painting donated to Ripon in memory of Claudette Lee-Roseland ’60

“Send in the Clowns,” an abstract painting from the collection of artist Claudette Lee-Roseland. ’60 of Cedarburg, Wisconsin, has been donated to Ripon College in […] 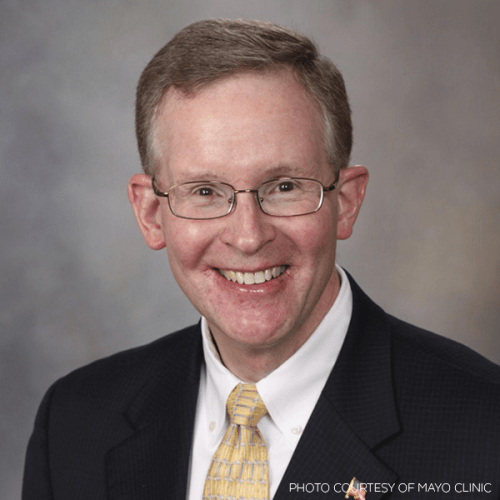