Gary Yerkey ’66 of Washington, D.C., published his newest book, A Pilot’s Pilot: Gen. Caleb V. Haynes and the Rise of American Air Power, 1917-1944, earlier this year. The biography covers the life of General Caleb V. Hayes, one of the “giants of US military aviation.”

Yerkey describes General Hayes as “a true American military hero who earned countless accolades, including three Distinguished Flying Crosses; and — perhaps above all — ‘a pilot’s pilot.'”

At Ripon, Yerkey majored in philosophy. His past publications include Still Time to Live: A Biography of Jack Belden; South to Selma:’Outside Agitators’ and the Civil Rights March that Changed America; and Dying for the News: Honoring Tom Treanor and the Other Reporters Killed Covering World War II. 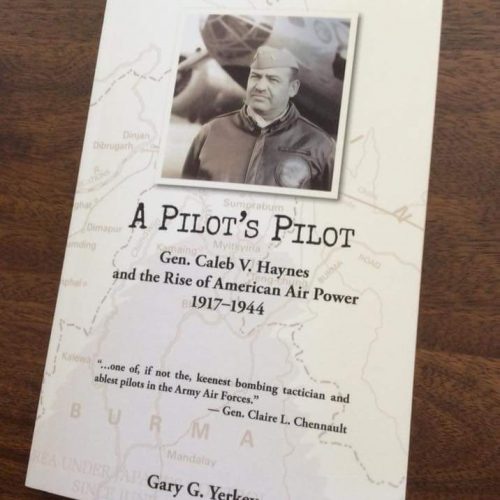