An individualized education and sense of community drew Jake Baus ’18 to Ripon College. Baus, of Mount Calvary, Wisconsin, felt right at home in with the small, closely-knit community on campus.

“I chose Ripon basically on feeling alone,” he says. “By that I mean after visiting a handful of potential schools, Ripon was the one that seemed to ‘feel’ right. Ripon was in a small community which was beautiful since I was coming from a very rural area. The small school size and class size was a huge plus because I felt that there was no way to get lost in the crowd like many do at a larger university.

“I was excited to know most everyone on campus by their name and/or face, and I was excited to know my professors personally rather than just being a student in the crowd. Cost was a big factor in selecting Ripon also because I was very fortunate to be awarded a scholarship through the Pickard Scholarship competition which made tuition rates competitive with the other schools I was considering — the University of Wisconsin-Madison and Carroll University.”

At Ripon, Baus majored in biology and minored in chemistry. He is currently pursuing a degree in the doctor of physical therapy program from the University of Wisconsin-Madison. He credits Ripon College with preparing him well for his graduate studies. At Ripon, he was given opportunities to explore many related fields, including medical research. He was able to volunteer and observe physical therapists and other medical professionals at Ripon Medical Center and was able to decide that therapy was what he wanted to pursue.

“Ripon’s high standards — especially in the biology and chemistry departments — increased my critical-thinking and time-management skills,” he says. “I feel like a better-prepared student compared to others due to Ripon’s education.”

Baus was an engaged student-athlete and worked as a peer contact and tutor for first-year Ripon College students through Student Support Services. He also has lifelong friendships developed from his time at Ripon.

“The greatest lesson I learned while at Ripon was that the world is full of endless possibilities and everyone has the opportunity to achieve their goals if they make the right choices and remain driven,” Baus says. “I wasn’t 100 percent sure on what I wanted to pursue career-wise after Ripon, but the faculty and staff provided me the resources to explore and discover all possibilities. I just had to reach out and take them.”

He says he also learned to surround himself with people who pushed and motivated him to become better at everything he does. “Ultimately,” he says, “our peers have an enormous influence on us, and I was fortunate to be around individuals that were incredible in so many areas that it helped me keep high standards for myself.” 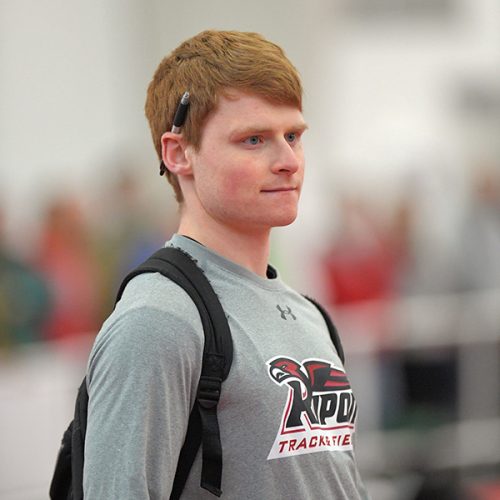