Naomi Jiter ’19 of Kenosha, Wisconsin, has received this year’s Midwest Conference Elite 20 Award for women’s soccer, given to the student-athlete with the highest cumulative grade-point average, participating in his or her respective sport’s culminating championship or tournament event. She received the award prior to Ripon’s MWC Tournament semifinal game at Knox College.

A biology major from Kenosha, Wisconsin, Jiter is a two-time Academic All-Conference performer. One of Ripon’s top defenders, she has appeared in 47 career games for the Red Hawks, making 36 starts. Jiter helped Ripon go 7-10-1 this season, including 5-4 in the MWC, qualifying the team for the conference tournament for the first time in four years.

Ripon has had nine recipients of this award in the three-plus years that it has been presented. This is the first time a Ripon student-athlete has won the award in women’s soccer. 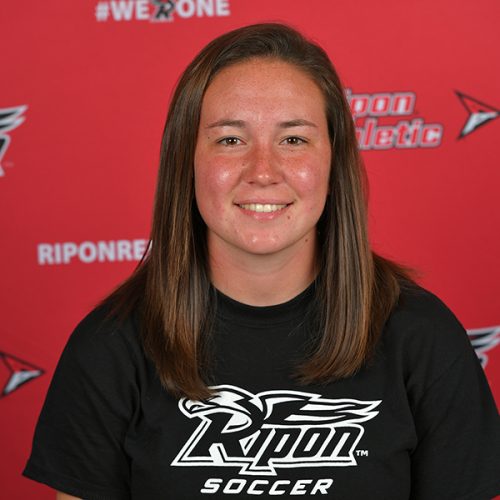