A favorite high school teacher alerted Joseph Sandrin ’73 to the possibility of attending Ripon College. “Her son was attending Ripon, and the school just clicked when I visited,” Sandrin says.

Sandrin majored in chemistry at Ripon and did graduate studies in organic chemistry at the University of Wisconsin-Milwaukee. He works in Saudi Arabia as project/program manager of a program supporting the Kingdom of Saudi Arabia in its efforts to re-mediate and restore damages to the desert and coastal environments from the first Gulf War.

The project is funded through the United Nations with Iraqi oil revenues and is one of the largest environmental restoration projects underway anywhere. For more than 30 years, he has been with CH2M HILL (now Jacobs since December 2017), which offers environmental and engineering consulting services.

His hobbies include photography and diving, and he has done close to 500 open water dives since 2013. “Since I live next to the Red Sea, I might as well take advantage of it,” he says.

His oldest daughter, Rochelle Sandrin, is a member of Ripon’s class of 1999.

“My chemistry degree from Ripon and the broad-based liberal arts education coupled with the ROTC training set me up with a strong, well-rounded skillset from which to build a career,” Sandrin says. “Interactions with the chemistry department, their exceptional instruction, coaching and individual attention built a good sense of community; Plus, the camaraderie of the ROTC department made for an overall rewarding experience.” 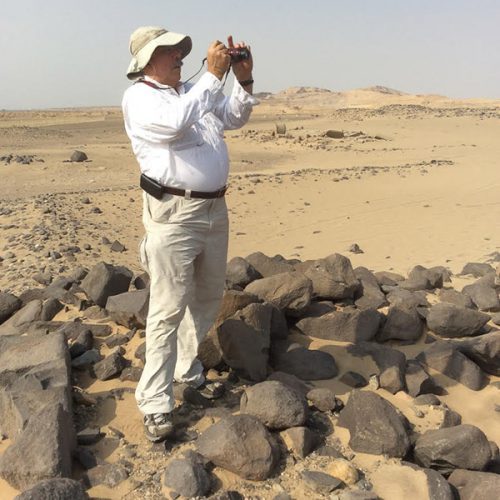