Participants in the pair’s study first were separated by males and females. One potential condition saw images presented with the Instagram social media frame around it, and the other saw the same images without the frame. The goal was to assess the potential effects of social media on both sexes, as well as the impact of the social media frame on self-esteem.

The greatest challenge Meredith and White had while researching happened the night before their research proposal was due, as the duo decided to completely change their entire proposal, “which resulted in a very late night for the both of us,” White says. “We also struggled just like everyone else to get enough participants.”

Meredith and White learned that conducting experimental research in psychology requires great attention to detail and also justification of the choices made in the study with evidence. Their research found that females have a lower self-esteem than males and that social media frames such as the one used on Instagram seemingly have no impact.

“This means that we, as a society, should focus on developing female self-esteem in adolescence and throughout adulthood,” White says. “It also means that a social media frame doesn’t impact self-esteem, but rather the image itself (does).”

Meredith and White were most rewarded by researching a topic relevant to their everyday lives. Both say they have been impacted in the past by image framing in the media, and they wanted to put their all into the presentation of the material.

The two have made their way through the psychology program and curriculum together, meeting in Introduction to Psychology and finishing together with their senior seminar. This final project was a “fantastic way to show our knowledge and ultimately produce the best work we have done thus far in our academic careers,” White says.

Both women are majoring in psychology, and White is also a theatre major. After graduation, Meredith will work part time in a new lab at Marquette University, researching how to improve interventions for children with autism and also working as a line therapist for children with autism. After her gap year, she hopes to attend graduate school for therapy.

White wants to incorporate her theatre and psychology areas of study to become a therapist with a specialization in drama therapy. 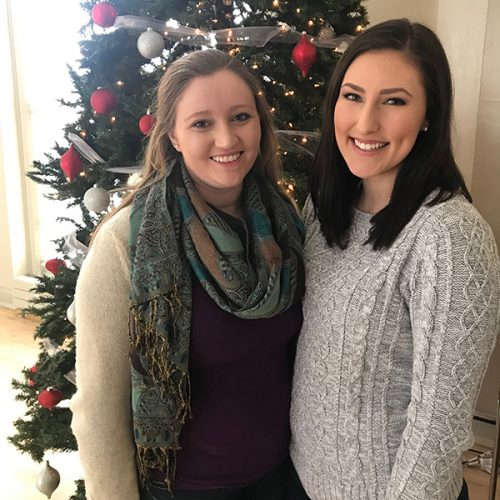