Brian Hagedorn, who is running for the Wisconsin Supreme Court, will speak at Ripon College, March 11. His talk will begin at 4:30 p.m. in Kresge Little Theatre, East Hall. It is free and open to the public.

Hagedorn is a judge of the Wisconsin Court of Appeals, serving in the court’s Waukesha-based District II since Aug. 1, 2015.

Hagedorn served as chief legal counsel to Gov. Scott Walker for almost five years, where he managed litigation in partnership with the attorney general, served as the top ethics officer for the administration, advised on legal policy issues, oversaw judicial and district attorney appointments, and provided legal analysis on proposed legislation.

Walker appointed him to the bench in 2015 and won election to a new six-year term in April 2017. He was appointed by the Wisconsin Supreme Court to serve on the Wisconsin Judicial Commission, which oversees enforcement of the judicial code of ethics.

He also has served as an assistant attorney general at the Wisconsin Department of Justice, a law clerk for Wisconsin Supreme Court Justice Michael Gableman, and as an attorney in private practice in Milwaukee law firm. 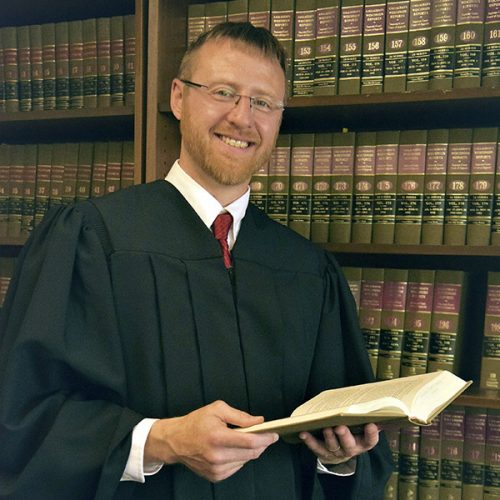