Brian Smith, professor of religion and chair of the Department of Philosophy and Religion, and three students presented at the Midwest American Academy of Religion annual meeting March 2 at Ball State University, Muncie, Indiana.

“Our students were clear, poised and handled questions from audience very well,” Smith says. “They all received solid feedback afterwards from those faculty from other institutions who heard their presentations.

About 20 undergraduates gave presentations at the conference, which had 140 participants from Midwest colleges and universities.

The Facebook page of the Center for Politics and the People features photos from the conference. 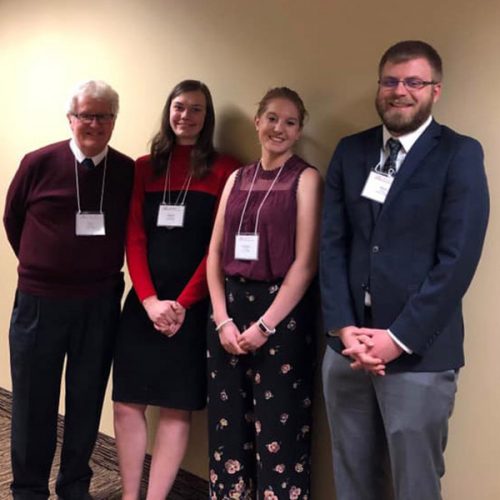