TV segment about Kassidy Walters ’22, focuses on spirit during treatment

Kassidy Walters ’22 of Greenfield, Illinois, was featured in television and website segments by KSDK-TV in St. Louis, Missouri, March 1, 2019. The segment, “College basketball player helps team battle on the court from St. Louis Children’s cancer ward,” details how Walters has been undergoing chemotherapy for Hodgkin’s lymphoma at St. Louis Children’s Hospital for the past two months.

She had played just 11 games for the Red Hawks women’s basketball team before her diagnosis, and she is continuing in team practice daily through video chat from 450 miles away. Her coaches and teammates take turns holding the phone so that she can see every minute of action, even during games. 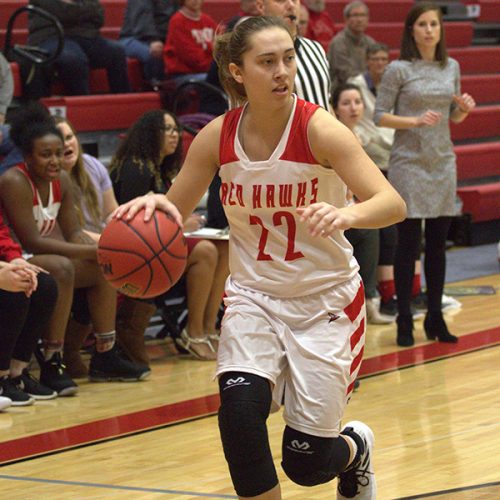