Interest in playing football initially put Ripon College on the radar for Stuart Russ ’08 of Shawano, Wisconsin, but the ability to continue his long line of family educators, finish his degree and student teach in just nine semesters made committing to Ripon an easy choice.

“My mother was a teacher,” he says. “My father served as a school board president. I have three aunts who were teachers. My uncle was an elementary principal. I have siblings and cousins who are all in education. “Growing up, teaching was something that always interested me. It was not until I entered the classroom that I became interested in pursuing a career in administration.”

As principal of Shawano Community Middle School, Russ serves as the leader of the building and says “no two days are ever the same. I am responsible for staffing, professional development, student achievement and everything in between.”

Russ appreciates the skills sets he developed in critical thinking and use of evidence through his studies. “I constantly find myself needing to purposefully look through information to develop a strategy or decision for how I need to proceed throughout my day,” he says.

“I often tell people the most important academic takeaway that I have from my time as a student at Ripon was that I was taught how to learn,” Russ says.

Russ believes a good educator is someone “who can form genuine, positive relationships with students and challenge themselves and their students to achieve at levels they did not think were possible.” He adds that he hopes they “know that I value them as people. I want them to be able to go into the world with the ability to think and not take everything at face value,” he says. “We live in a time when the ability to critically think and evaluate information is more important than ever.” 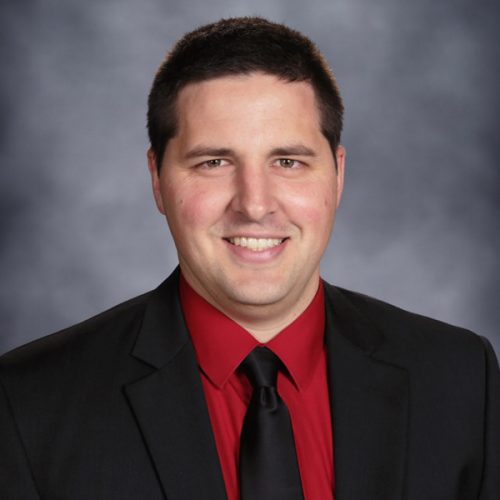