“From the Tea Party to Environmental Sustainability: How Divisive Politics Launched a New Movement” will be presented April 1, 2019, at Ripon College. The talk will begin at 4:30 p.m. in Kresge Little Theatre, East Hall.

The speaker will be 21-year old Benji Backer, founder and president of the American Conservation Coalition (ACC). He will discuss how to make a political impact at a young age and reflect on his personal path from being active in a very conservative movement to finding ways to reach across the aisle after creating the ACC.

He will make the case for the significance of conservation and environmental sustainability and how he tries to achieve environmental goals with the ACC.

Backer is a conservative activist from Appleton, Wisconsin, and a junior at the University of Washington. He serves on the Wisconsin Conservative Energy Forum’s Leadership Council and is a fellow at the Chapman Center in Seattle. He previously served as the co-chairman for Young Americans for Mitt Romney in Wisconsin and was named one of RedAlert’s top 30 Under 30 conservatives in 2015.

He has contributed to media outlets such as CNBC, Townhall, Daily Caller, RedState and TheBlaze. Backer also speaks at events across the country, including CPAC in 2014 and 2016. Through ACC, Backer is excited to help unite Americans on pro-environmental reforms and change the narrative when it comes to the environment.

The talk is sponsored by the Center for Politics and the People, Ripon College Republicans and Ducks Unlimited. 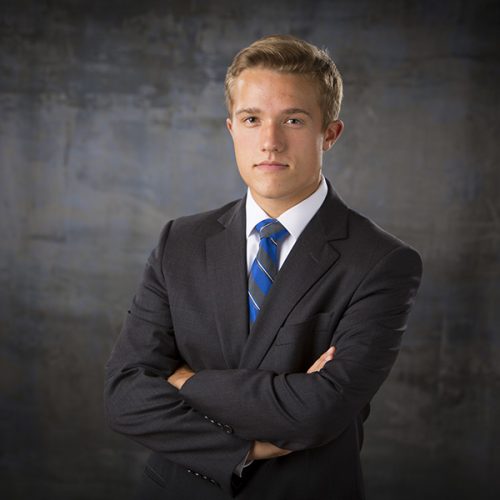