The first-ever image of a black hole, a space phenomenon located in a distant galaxy, was released Wednesday with details published in Astrophysical Journal Letters.

It was photographed by Event Horizon Telescope, a network of eight linked telescopes across the world, because no single telescope is powerful enough to do so on its own.

The term “black hole” in space terminology was coined in 1964 by Ripon College alumna Ann Ewing ’41, who majored in chemistry and physics at Ripon College and became a science journalist. A black hole is described as “a region of space from which nothing, not even light, can escape. Despite the name, they are not empty but instead consist of a huge amount of matter packed densely into a small area, giving it an immense gravitational pull.”

Christina Othon, Ripon College associate professor of physics, says, “The image is the verification of theoretical predictions that date back to just over 100 years ago. The mathematics of gravitational theory led to a remarkable prediction, a singularity in space where the curvature of space and subsequent gravitational attraction become so intense that nothing could escape it. We have been observing stars that are in stable orbits around these invisible points in space for decades, but this image is the first glimpse of what the object at the center of those orbits looks like.

“This is a remarkable achievement of technology because the thermal emission of the gas surrounding the black hole is weak, and this object is very far away. Now that we can capture images of them, we may be able to learn new information about these mysterious objects.” 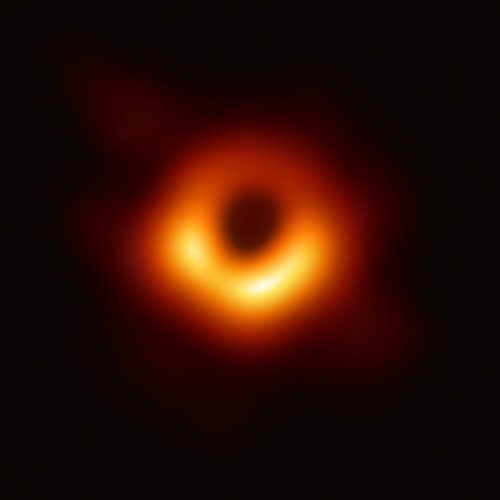