Buettner’s paper analyzes the arguments in Jerramy Fine’s In Defense of the Princess: How Plastic Tiaras and Fairytale Dreams Can Inspire Smart, Strong Women.

“Fine’s argument for gender roles is unlike any other that I have seen before,” Buettner says. “I was very interested in her argument that women should be valued equally with men, and yet still be able to keep their feminine qualities. Plus, she also did this with sarcasm and rhetorical questions, which I enjoyed.”

Buettner also provides background information for her presentation, including a brief history of the waves of feminism and the values of each. “Before I started researching, I knew I personally was in support of women’s rights, but there was a part of me that didn’t agree with the strong hatred of men that often came along with feminism,” she says. “So I was pleased to discover that there was a wave of feminism that didn’t hate men and even supported feminine things like high heels and big dresses. I have even noticed how my research has affected my everyday perspective of things like TV shows.”

The process for Filter’s paper relies on analysis of messages in President John F. Kennedy’s address to the nation on the Cuban Missile Crisis, as well as the responses to it. He finds dual messages: one addressed to the United States that claims the nation was opposed to the war, and the other addressed to the U.S.S.R. and threats of aggression as a response to U.S.S.R. involvement in Cuba.

“This dual message is what allowed JFK to keep the U.S. relatively calm given the situation, while simultaneously presenting a threatening front to the U.S.S.R., allowing negotiations between the nations to continue.”

Filter is interested in genre criticism and finds his history and communication majors working together in his thesis paper. He draws on rhetorical criticism from Karlyn Kohrs Campbell and Kathleen Hall Jamieson, critics who pioneered the field of genre criticism and classified the genre of presidential war rhetoric Filter uses in his research. 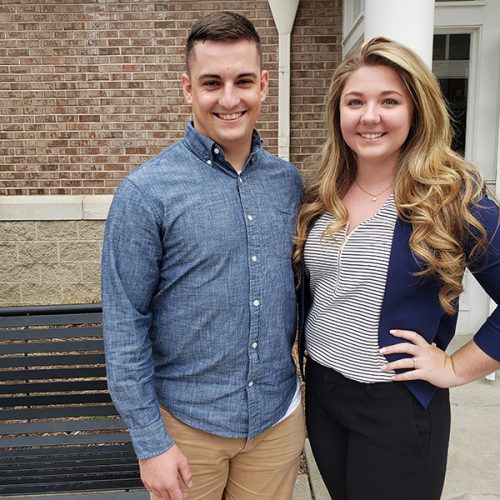