A desire to help others and to share her passion for language led Madeson Walgenbach’16 to major in educational studies and Spanish at Ripon College.

“I decided to attend Ripon College because of the connections I had in the area,” she says. “I also received a good scholarship and liked the idea of attending a smaller school. I enjoyed the smaller classes and being able to make connections with others.”

At Ripon, Walgenbach was a member of student ministry groups such as Campus Crusade. She appreciates the opportunity to take classes out of her areas of study, like kung fu. “Now I have practiced jiujitsu, a different martial art, for two years and love what it has taught me,” she says.

“Practicums and experience were most important for my learning,” she says. As a student, she received the Wisconsin Association for Language Teachers Future Language Teacher Award.

Walgenbach had the opportunity to study abroad in Costa Rica, where she taught English and continued her studies. “It was a wonderful experience that taught me a lot and allowed me to go out of my comfort zone.” She has since traveled to Latin America several times.

“A good educator invests in their students and works to mold learning to fit their needs,” Walgenbach says. “My hope is for students to understand that life will always throw them challenges but that those challenges are what will mold them as people and help them grow.”

Alongside a colleague, Walgenbach co-developed a new approach to Waupun Junior/Senior High School’s foreign language curriculum, focusing on comprehensible input, which emphasizes the need and benefit of targeting language in the classroom in ways that are understandable to students. “This means that we use posters, gestures, cognates (words that sound/look similar between languages), stories and so on,” she explains.

“Our students develop a conversational language first to allow them to communicate in Spanish and utilize the language in real-world situations.”

As an educator, Walgenbach is aware of new needs in the classroom as well as different learning styles. She cites “technology, broken families, language and culture” as modern contributing factors in educating students.

“It is necessary to constantly be aware of students’ needs and the best way to reach them in the classroom,” she says. 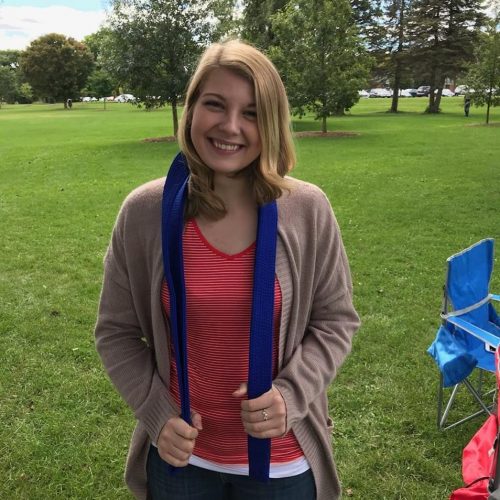