Rick Estberg ’75 of Severna Park, Maryland, recently published his first book, Berlin Daze: Tales of a Cold Warrior on the “Island of Freedom”.

Estberg graduated from Ripon College with a degree in combined foreign language and earned his master’s degree in international relations from Boston University.

Berlin Daze recounts the time Estberg worked as an intelligence professional in walled West Berlin for the Army from 1976-1979 and as a National Security Agency civilian from 1982-1986.

“Early in the book, I describe the fateful decision to spend my Ripon junior year at the university in Bonn, Germany,” Estberg says. “It is no exaggeration to say that spending that third year of college in Bonn, coupled with the outstanding education that Ripon offered me during the other three years I spent there, has led me directly to the place where I am now,” he adds. “It has been a thrilling journey, and this book tries to capture some of the unique experiences of a young man living 100 miles behind the Iron Curtain during the height of the Cold War.”

Estberg is scheduled to speak about his book at meetings of retired intelligence officials in Florida, the National Cryptologic Museum Foundation in Maryland, college students in Pennsylvania and at the Cold War Museum in Virginia.

Estberg’s book is available for purchase through Amazon.com. 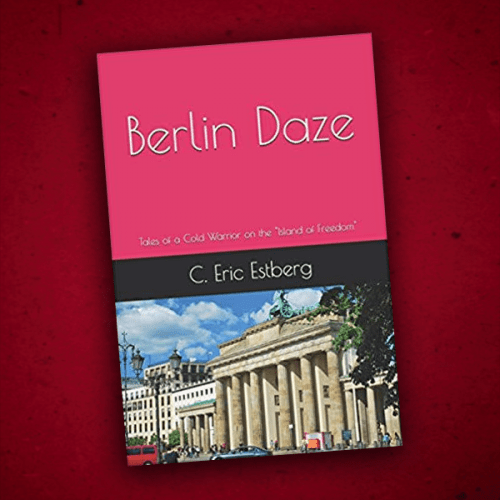