Inspiration for a national security studies senior presentation came from a summer spent studying in Morocco for Stephanie Verbockel ’19 of Grand Chute, Wisconsin. “The Checkered Experience of Battling Islamist Terrorism: An American vs. MENA Response and How to Coordinate for Greater Success,” explored differences between American and MENA (Middle East-North African) region perspectives and approaches regarding counterterrorism.

Verbockel, who had a politics and government major and national security studies minor, also explored problems presented by differences and her own suggestions for more internationally effective cooperation in issues related to counterterrorism.

She says her research focuses on relevant books, articles and government documents. “Americans, in general, have a very limited understanding of what counterterrorism is across the globe,” Verbockel says. “Counterterrorism needs to be about more than dropping bombs and training soliders. It has to be about de-radicalization, counter-messaging and other preventative, less kinetic methods.”

A high school reading of The Black Banners sparked Verbockel’s interest in national security studies, and she found the program at Ripon to be excellent. She says Associate Professor of Politics and Government Lamont Colucci “is an amazing professor and mentor. He brings so much knowledge and passion for this field into the classroom, and you can see it. His classes were among my favorite at Ripon College.”

Adding to her experience was the International Relations Club’s annual crisis simulation, the club’s Journal, which provided writing experience, one-on-one mentoring, and supplemental education outside of the classroom.

“It’s a small program and there are only a few across the country like it,” she says. “It’s even more incredible that this program exists in the middle of Wisconsin and close to home for me. It was really this program that brought me to Ripon College, and I am grateful for it.”

Verbockel will start graduate school online in the fall for a master’s degree in national security. After graduate school, she would like to attend law school and then practice national security law in Washington, D.C. “I have a long journey still ahead of me before I wind up where I want to be, but Ripon was the first of many steps along the way and I’m grateful to have gotten my start here,” she says. 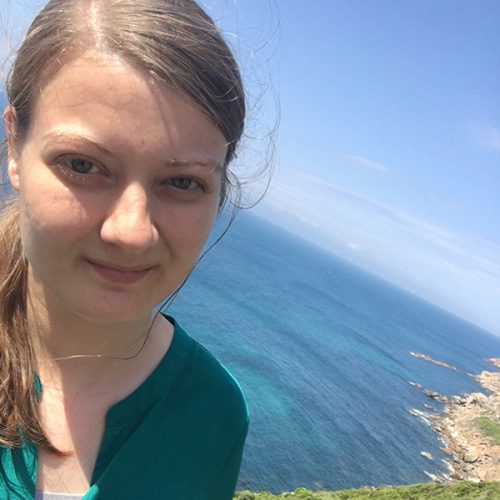