Johnson arrived at Ripon College as a 24-year-old basketball coach and exercise science teacher in 1990, after serving as assistant women’s basketball coach for South Dakota State University. She stayed at Ripon her entire career, serving as professor and chair of exercise science and head coach of golf, softball, and, most notably, women’s basketball. In 2010, she became the college’s first-ever female athletic director.

During her illustrious career, she led the Red Hawks Women’s Basketball team from 1990-2013, to a career record of 303-237 (.561) becoming the program’s winningest coach and one of only four coaches in Midwest Conference history to record more than 300 career victories. She was also one of four coaches to win at least 200 conference games. Johnson’s basketball teams won four MWC Championships and qualified for the NCAA Tournament in all four of those years (1996, 2004, 2005 and 2009). She coached four All-Americans, five All-Region performers, three MWC Players of the Year, and 41 all-conference selections. She was named MWC Coach of the Year four times (1995, 2004, 2005 and 2009), and NCAA women’s basketball Central Region Coach of the Year in 2004.

In recognition of her significant contributions, this March Ripon College renamed the basketball court in her honor. The new “Johnson / Gillespie Court” was unveiled during a private ceremony for Julie, attended by her family and more than 50 of her former players and coaches.

“Johnson authored a legacy of dedication and greatness that will never be forgotten,” said Ed Wingenbach, acting president of Ripon College. “She was an incomparable role model, whose leadership will be felt for generations to come. All of the Ripon College family mourns her loss, and our thoughts are with Steve, Hunter, and her entire family.”

Donor support for Red Hawks Athletics soared under her leadership, marked by increased membership in the Red Hawks Club annual giving society, record-breaking attendance at the Red Hawks Golf Scramble and several other new alumni engagement events, and the 2017 opening of the $23.5 million Willmore Center for Athletics, Health and Wellness.

Julie created a culture of inclusivity across the department through her dedication to Title IX programming and sensitivity training, made community service a top priority among all her teams, and has made Red Hawks Athletics a model of the highest standard of sportsmanship.

She also served the Midwest Conference as chair of the Membership Committee and chair of the nomination committee. In addition, she served on the NCAA Division-III Championship Committee and PROPS Committee. She also was a member of the National Association of Collegiate Director of Athletics, Women Leaders in College Sports, and the local Ripon Rotary.

Johnson earned her B.S. in health, physical education and recreation from Dakota State University, where she was a three-time all-conference selection with the Trojan basketball team and earned the 1987 Dakota Athletic Conference Most Valuable Player as well as the NAIA District XII Player of the Year. She holds a M.S. in exercise physiology from South Dakota State University.

Johnson is survived by her husband Steve and their son Hunter.

A public celebration of life service will be held on campus at the Willmore Center, Friday, June 21 at 6 p.m. with a special visitation just prior from 4-6 p.m. 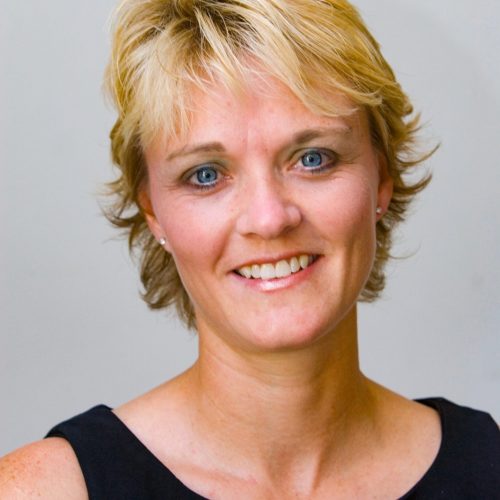