She has earned 14 Superior Honor Awards and five Meritorious Honor Awards in recognition of efforts aimed at preventing the further spread and/or use of weapons of mass destruction and their delivery systems, and promoting best practices related to their security.

Prior to joining government, she won the Silver award at the 1998 Houston International Film Festival, Film and Video Production Awards, and the 1993 Olive Branch Award from the Center for War, Peace, and the News Media, New York University, for programs she wrote for the television series “America’s Defense Monitor,” produced by the Center for Defense Information and aired nationwide on the Public Broadcasting Service (PBS).

She is the author of entries in An Encyclopedia of War and Ethics; and chapter sections in A Global Agenda, published by the United Nations Association of the USA.

She has 26 years of choral conducting, including director of music at Grace Evangelical Lutheran Church, Falls Church, Virginia (1993-2009) and as founder and director of the State Department’s choral ensemble (1999-present).

She sings with the professional women’s early music choral ensemble Illuminare and the mixed ensemble Musikanten, with which she tours internationally.

At Ripon College, she majored in politics and government and minored in music. She participated in Choral Union, Chamber Singers and Collegium Musicum; forensics; Pi Kappa Delta national honorary fraternity for speech, debate and forensics; and was a student worker in the Office of the Registrar.

Her hometown is Schofield, Wisconsin, and she lives in Fairfax Virginia 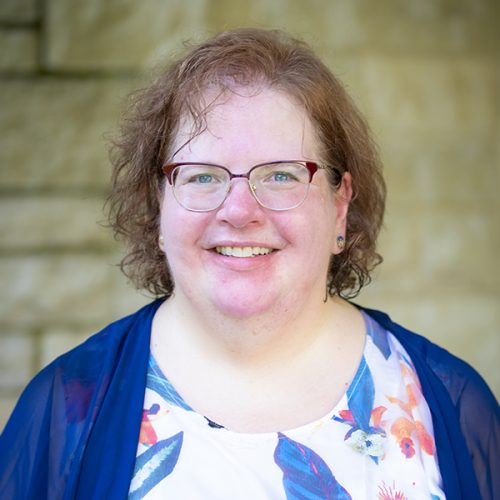