A panel discussion, “Memories of 9/11: Are We Still Divided?”, will be held Sept. 11 at Ripon College. This event is sponsored by the Center for Politics and the People and the League of Women Voters. It will run from 4:30 to 5:45 p.m. in Kresge Little Theatre, East Hall, on the campus.

The panel will be a discussion of memories of 9/11 and whether we are still divided over its meaning. Panelists will reflect on their personal experiences around 9/11, what they see to be its impact on community-building today in the United States and internationally, and how far our empathy extends in the aftermath of this tragedy.

The panel will be moderated by Ellen Sorensen, first vice president of the League of Women Voters of the Ripon Area. Among her other work, she recently worked with the State League on the 100th anniversary celebration of Wisconsin being the first state in the country to ratify the 19th Amendment, which gave women the right to vote. For the past five years, she has coordinated Drug Free Communities of Fond du Lac County. She is a 2000 graduate of Ripon College with majors in politics & government and history.

Frohardt-Lane has been an assistant professor of history and director of environmental studies at Ripon College since 2014. Her research and teaching interests include African American history and United States environmental history. She has a bachelor’s degree from Swarthmore College and a Ph.D. in history from the University of Illinois Urbana-Champaign.

Bahabadi is an international student from Iran in his second-year at Ripon College. He is a double-major in philosophy and mathematics and a member of the Ethics Bowl team. He grew up in a devout Muslim family with a brother and a sister. He left his family in 2015 to attend Wayland Academy, a boarding high school in Beaver Dam, Wisconsin. Since moving to the United States, he has explored various faith traditions by attending a month-long Christian camp at Emory University in Atlanta and living with a Jewish family for three weeks. In 2016, Bahabadi was confronted by the travel ban that affected the citizens of seven Muslim majority countries, and this keeps him from his family to this day.

Holley is a retired U.S. Army officer who first came to Ripon as an instructor with the Ripon College ROTC department. He is now back in Ripon as the owner of Mugs Coffeehouse. Holley has more than 20 years of military experience, with combat deployment time in Iraq in support of Operation Iraqi Freedom. He was assigned to and was working in the Pentagon on Sept. 11, 2001. He has first-hand experience of these events as well as time served in several different regions of the world.

Ethington grew up in northcentral Wisconsin and was an exchange student in Germany and Japan during high school. He attended a small, private college in West Virginia where his focus turned to ministry. Ethington and his wife, Pam, served for 14 years as directors of a Christian camping ministry that served children from inner-city Chicago. He currently is pastor of Trinity Evangelical Free Church in Ripon.

The Ripon College Young Americans for Freedom chapter will hold a 9-11 memorial event on the lawn of Harwood Memorial Union starting at 6 p.m. after the panel discussion. 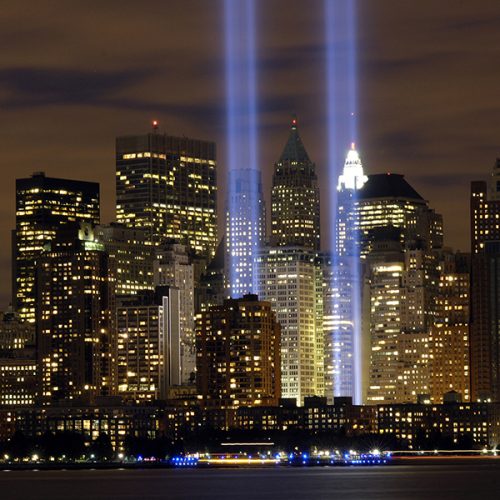