Karl Rove, political analyst and former senior advisor to President George W. Bush, will speak at Ripon College Sept. 13. His talk about the 2020 election and the future of politics in America and the rest of the world will begin at 4:30 p.m. in Great Hall, Harwood Memorial Union. There will be limited seating.

The International Relations Club, Ripon College Republicans and Young Americans for Freedom are sponsoring the event.

Rove is a Republican political consultant and policy advisor. He was senior advisor from 2000 until 2007 and deputy chief of staff for the George W. Bush administration from 2004 until 2007. He also headed the Office of Political Affairs, Office of Public Liaison and White House Office of Strategic Initiatives. Since then, Rove has worked as a political analyst for Fox News, Newsweek and The Wall Street Journal.

He has written for publications such as Forbes, The Times and Washington Post. He two books are The Triumph of William McKinley and the New York Times best-seller Courage and Consequence: My Life as a Conservative in the Fight.

Currently, Rove serves on the University of Texas Chancellor’s Council Executive Committee, along with the Board of Trustees for the Texas Parks and Wildlife Foundation and the Texas State History Museum Foundation. He also is involved with the McDonald Observatory Board of Visitors and the Texas Philosophical Society. Rove was inducted into the Scandinavian-American Hall of Fame in 2009 and the American Association of Political Consultants Hall of Fame in 2012. 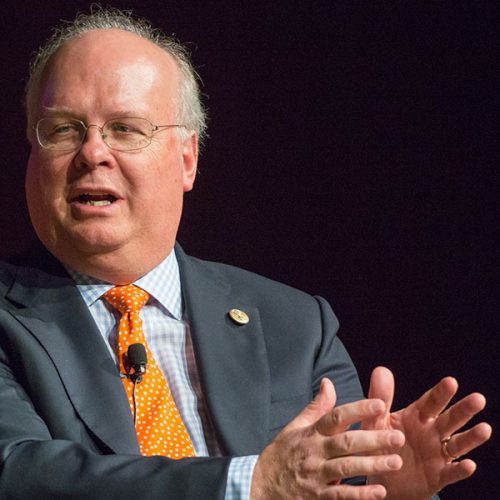