Observations of life in public office were part of the experience for Luke Dretske ’21 of Berlin, Wisconsin, during the summer of 2019. Dretske interned in the office of Wisconsin Sen. Ron Johnson in Washington, D.C.

He was supported in part by a $2,000 Internship Supplemental Grant from the Center for Politics and the People (CPP). The grant assisted him in covering most of the cost of housing and other expenses.

His internship tasks included “giving tours of the capitol building to constituents from Wisconsin and working with certain staffers on minor details of policy issues” to ensure that everything is ready for meetings, Dretske says. He also was chosen to introduce Johnson at a speaking forum where Johnson spoke about why he ran for the Senate and what he does.

Dretske enjoyed his time in Washington, but he says he enjoys living in Wisconsin. He says the internship will positively impact his future because he was able to make connections with chiefs of staff, congressmen and other staffers in Washington. He is interested in running for public office in the future. 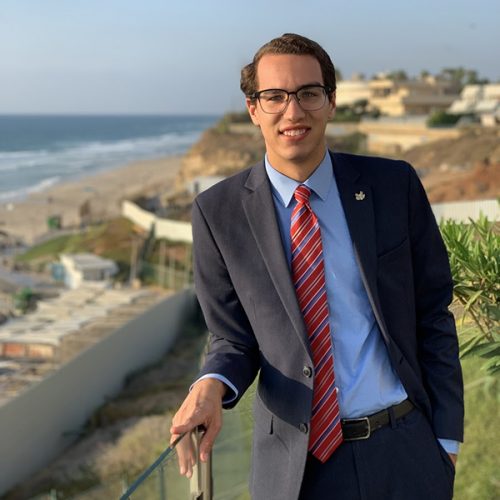