The book Game Changers: How Dark Money and Super PACs Are Transforming U.S. Campaigns is scheduled to be released March 1, 2020. The authors are Henrik Schatzinger, associate professor of politics and government and co-director of the Center for Politics and the People, and Steven E. Martin, professor of communication.

The book is available for pre-order now on amazon.com.

“The book makes the case that Super PACs and dark money groups qualify as game changers of political campaigns not only because of what these groups can do independently from candidates and their increasing ability to match or even exceed candidates’ financial resources, but because their actions influence the political incentives and strategies of candidates and political parties,” the book’s description reads.

“We also point out evidence that those changes go beyond campaigns — they affect how legislators represent their constituents; how donors put pressure on lawmakers to adopt certain legislation after outside groups supported them; how the regulatory environment can benefit donors as a result of actions taken by federal agencies to repeal or dismantle existing laws; and how extreme positions by politicians can be incentivized and progress stalled when megadonors and outside groups reward political ideologues.

“Our hope is that this text inspires readers to draw their own conclusions about the effects the U.S. Supreme Court’s Citizens United decision has had and continues to have on the inner workings of American democracy. Some may even feel moved to take action that will empower ordinary citizens who want to have more of a voice in the democratic process. Given the high stakes associated with elections and the political changes they can bring due to the highly polarized political environment we live in, we believe that this book will add value to not only courses focusing on campaigns, elections, interest groups and political communication, but also other courses such as introductory American government courses.” 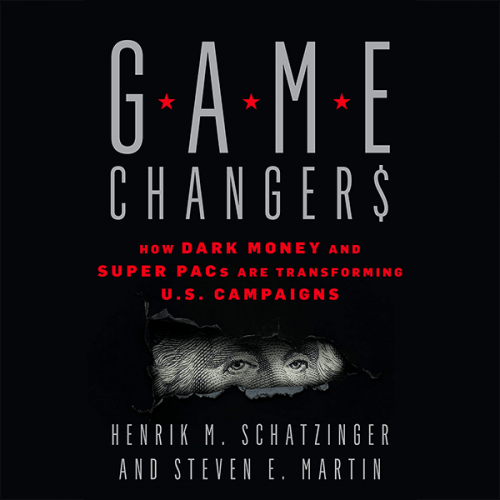