Variant 6, a vocal sextet, will perform Friday, Feb. 28, as part of the Chamber Music and Jazz at Ripon series of Ripon College. The concert will begin at 7:30 p.m. in Demmer Recital Hall, C.J. Rodman Center for the Arts. Admission is free and open to the public.

The ensemble is based in Philadelphia and gives virtuosic performances of early and new music. By performing rarely heard works, commissioning new works, collaborating with other artists and ensembles, and educating young musicians, Variant 6 seeks to advance the art of vocal chamber music in the 21st century.

Selections will include “Haec Dies,” by Herbert Howells; movements from “Il quarto libro de madrigali,” by Claudio Monteverdi; modern madrigals; “Translucence,” by Donna McKevitt; “Yes, I am your angel,” by Gabriel Jackson; “First Pink,” by Paul Fowler; “Sumptuous Planet,” by David Shapiro; “Supplice,” by Benjamin C S Boyle; and “The Sea’s Wash in the Hollow of the Heart,” by Joanne Metcalf.

The artists also have appeared as soloists and maintain busy performing and teaching schedules in Philadelphia and New York. 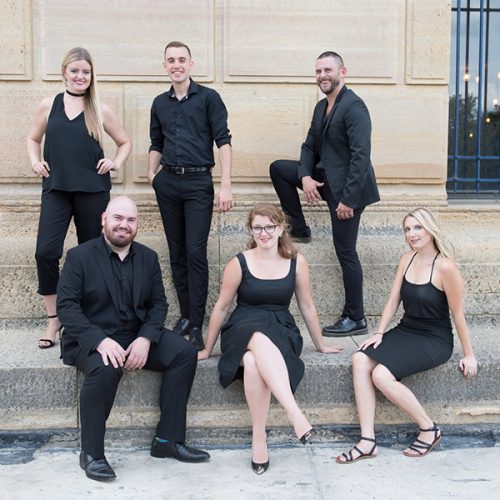