“Righting a Wrong: Japanese-Americans and World War II,” a poster exhibit, is on view through April 3 in the Ripon College Museum in West Hall.

The Smithsonian National Museum of American History makes poster versions of some of their exhibits available for display at venues such as colleges, libraries, community centers and high schools.

The focus is on a difficult period in U.S. history. It traces the story of Japanese national and Japanese-American incarceration during World War II and the people who survived it. It centers on eight core questions that encourage viewers to engage in a dialog about how this happened and whether it could happen again.

The themes as relevant today as they were 75 years ago: identity, immigration, prejudice, civil rights, courage and what it means to be an American.

This traveling exhibit was mounted by Ripon College students in the Museums, Artifacts and Cultural Heritage class, part of the College’s Museum Studies program. Travis Nygard, associate professor of art and director of the Caestecker Gallery, is the instructor. The students learned about conventions of displaying two-dimensional material while putting it on view, including how to do an exhibit layout and how to hang material at standard heights.

Students involved with the class are: 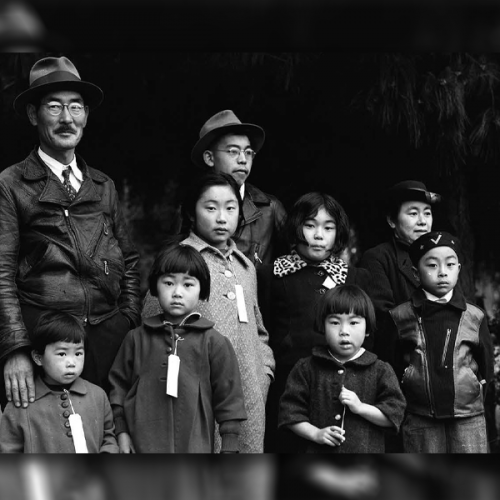