Williamson majored in economics at Ripon from 1950 to 1952 on a dual two-year/three-year degree in conjunction with the Massachusetts Institute of Technology. He received his bachelor’s degree from MIT in 1955, his master’s from Stanford University in 1960 and his Ph.D. from the Graduate School of Industrial Administration at Carnegie in 1963.

Williamson’s Nobel Prize-winning theory focused on the differences between market and nonmarket economic transactions, when decisions should be left up to the market and when they should be decided within an organization.

“Before Williamson, the neoclassical ‘theory of the firm’ wasn’t very deep,” says Paul Schoofs, Ripon College professor of economics emeritus. “It implicitly assumed that all of its leaders shared the same goal and the same approach to achieving it. His work on organizational behavior was an early contribution to a process in economics, still ongoing, of incorporating insights from psychology and sociology to better understand the decisions and the actions of business firms.”

Soren Hauge, Patricia Parker Francis Professor of Economics, adds, “His contributions to the study of organizations exemplify the integrative approach of the liberal arts. Most 20th-century economists followed the tradition of their field in leaving the internal processes of organizations such as corporations as an unexamined ‘black box.’

“By contrast, Dr. Williamson drew on broader concepts from social theories to explain why and where they exist and how they are internally governed. For example, vertical integration (merging) of businesses that supply and use each other’s products — such as an electric power plant and a coal mine — could be a way of resolving conflicts between their interests in shared activities as part of a long-term (business) relationship. Otherwise, they could waste a lot of resources in haggling repeatedly over the terms of the relationship between two separate organizations.”

Williamson received multiple awards, honorary doctorates and fellowships, including being appointed a Distinguished Fellow of the American Economic Association in 2007. Several of his works have been published as books.

A brief profile of Williamson, which ran in Ripon Magazine in 2017, can be accessed here. 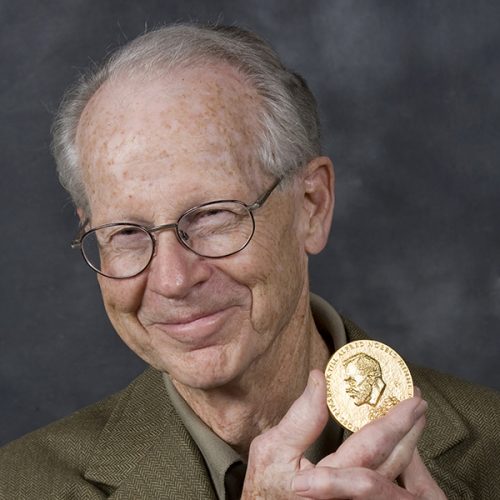