The small size of the college was a deciding factor when Ben Ruetten ’07 decided to attend Ripon College. Ruetten graduated from high school in western Nebraska and he was interested in attending a few different colleges in Wisconsin.

He chose to major in music and minor in educational studies. He didn’t want to attend a conservatory, so that was a factor in learning toward Ripon. In the end, the decision was made in favor of Ripon College because of the amount of financial aid he received and because of the influence of now-Professor of Music Emeritus Kurt Dietrich who showed Ruetten how important a good professor can be.

Ruetten is now the director of instrumental music at Berlin High School in Wisconsin. He says this position is about more than just teaching students about music or how to play music. It is also about teaching what music is and how it is a part of everyone.

As a teacher during the COVID-19 pandemic, Ruetten has some insight into how the move to digital education affected high school students. Berlin High School gave teachers two days to figure out how online education would work, which officially began March 18.

Ruetten says, “The completely digital teaching experience is not ideal obviously, but we made do with different programs. It became obvious after a few weeks that we would have to adapt a bit, too, from what we started with.” It seemed to Ruetten that this digital learning environment highlighted for the students just how much of a social place a school environment is. Another aspect to note was how quickly teachers realized that many of their students have unfortunate home lives which increased the difficulty of the switch.

“The final three months of the school year were incredibly draining,” Ruetten says. “My colleagues and I spent so many hours in front of screens while also trying to tend to matters at home. Some perspectives that I think need to be identified more openly are: the overworking while at home, and also the association of work at home. These are not healthy, but unfortunately, it’s what a lot of us are dealing with. Also, who knows what this fall will really bring?”

Ruetten says that his studies at Ripon helped put him on the path to graduate school at Boston University and that he wouldn’t have succeeded without his base developed at Ripon. His music teachers inspired him, and this helped to get him to where he is now.

His says his minors also are helpful because they gave him a better understanding of the world as a whole and how events fit together on a larger scale.

The most rewarding part of his time at Ripon has been the long-lasting relationships that he created here. The most notable relationship is with his wife (Stephanie Metcalf ’09), but he also met many of his closest friends at Ripon and has stayed in touch with them over the years.

He also felt very connected with his professors at Ripon College and has stayed in touch with some of them since graduation. He says Ripon professors take such an interest in their students and were available to help and work through problems as they arose.

All these relationships are what made Ripon feel special for Ruetten. “I have been very active with Ripon College since graduation in both the music and education departments,” Ruetten says. “I’ve been a part of panels and helped with performance ensembles.”

His experiences at Ripon truly shaped the kind of educator that he wants to be and how he wants his students to view him,” Ruetten says. He is proud that he has “continued to grow and learn despite no longer being an official student.” 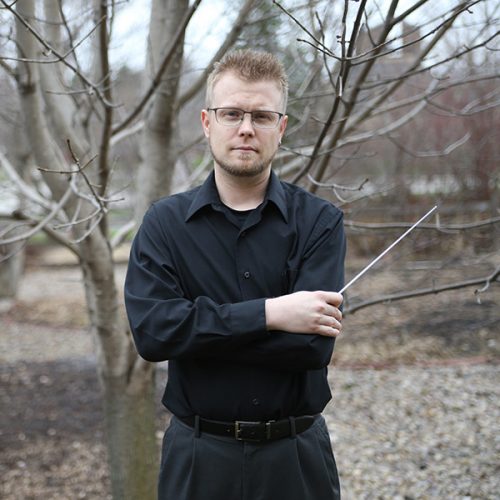