“Art Through a Child’s Eyes” was presented during the 2019-20 school year by Kailee Betler ’20 for her Studio Art Senior Seminar at Ripon College. Betler, a native of Berlin, Wisconsin, majored in studio art and early childhood education, with the goal of being an elementary school general education teacher.

“I researched how children view and create arts of any kind,” Betler says about her project. “After a semester of researching works done by a child, I was able to see a wide variety of beautiful works that were accomplished for the pure enjoyment of the skill. Their art was spontaneous and instantaneous, giving it an extreme genuine character.”

Betler also studied the juxtaposition of professional abstract artists and works done by a child to compare and contrast the craft, content and finished products. “I found that artwork done by a child has trends of raw enjoyment rather than pressure to create something of a masterpiece, as some may view as professional’s mentalities,” she says. “My hope for the audience was to validate youths’ artworks as well as learn from their spontaneous mindsets to have a mentality of relaxation and amusement while creating such beautiful pieces.”

Attending Ripon was not always part of Betler’s plan. She was committed to a different college up until “decision day” of her senior year of high school. On that day in early May, she changed her mind and “decided to follow where my heart was always telling me to go.” She was attracted by Ripon’s small classes that mean professors would know her by name, know her academic trend, her goals for life, and be able to help her accomplish what she wanted to do.

Betler has come to appreciate the closeness to her hometown of Berlin. It allowed her to have a smooth transition when moving in, make short trips home to stay involved in her family, do free laundry, or get a home-cooked meal.

“I know that I won’t always be so close to my home or family, and Ripon allowed me to take advantage of the priceless family time,” she says.

She says the highlight of her time at Ripon was a study abroad opportunity to Rome, Italy. She experienced a new culture and gained confidence traveling internationally. She also grew in her understanding of historical art, which affected her studies about current artists. The trip also inspired her senior seminar project, and she found it rewarding to spend a semester researching and then to “travel to the beautiful country and see it all through my own lens.”

In fall 2020, Betler will be student teaching, first in a local school and later in New Zealand, which she says has had success with their education system, before finding a job as an elementary school teacher. She says, “I want to learn and absorb as much about the culture as possible to bring back strategies, methods and lifestyles that can provide my future students with tools to becoming the best life-long learners they possibly can be.”

“The most important lesson I have learned while at Ripon is that opportunities come to those who work for it,” she says. “Never in a million years did I think I would be able to have the resources and support to travel to one of the top performing countries in the world for early childhood education, but in just a few short months I will be on my way! Ripon has given me the proper tools to be a self-sufficient and dedicated worker. This college has been a guide for me as I discover my passions, try new things and grow into the person I want to be.” 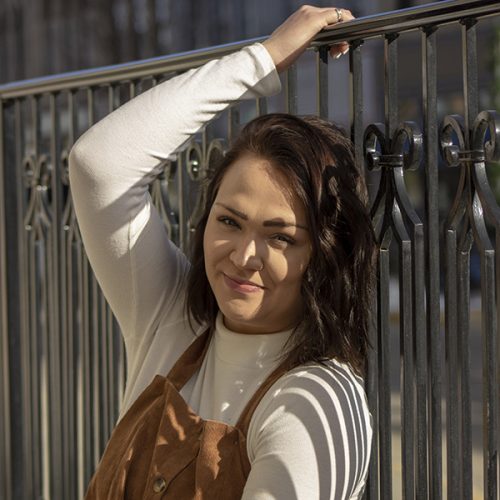