Lamont Colucci, professor of politics and government, has an article in the August 2020 publication of the American Foreign Policy Council. Colucci is a senior fellow in national security affairs for the council.

“Defense Technology Program Brief: the Case for Space Development” examines how, for us to view space as an arena for commerce and innovation, we will need to ensure its safety and security with a new type of military thinking.

“The Trump administration’s creation, in late 2019, of the U.S. Space Force, as a free-standing branch of the American armed forces and concurrently the reestablishment of the U.S. Space Command, has brought new and much-needed attention to what is a critical emerging domain: space,” Colucci writes. “What remains lacking, however, is a broader strategy to properly frame and articulate American priorities in the space domain, and to guide U.S. conduct within it.”

Colucci says development of near space, between the earth and the moon, “holds military, political, cultural and economic consequences that will determine the success or failure of American strategic primacy for the 21st century and beyond.”

He says benefits could include an increase in space satellites that would facilitate a faster and more reliable internet on Earth and beyond, less costly and faster shipping capabilities and asteroid mining.

“Over time, space transport will revolutionize the global economy generally and several industries in particular — namely, aerospace and defense, IT hardware, telecom sectors, space tourism, package delivery and energy,” Colucci writes. “It will be energy that might have the most immediate and direct impact on the lives of Americans, as it will eliminate many of the problems surrounding climate change and conflict over fossil fuels. This will be especially true if America becomes the leader of space-based solar power.” 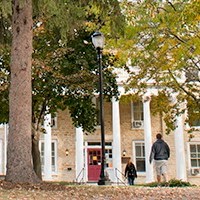