Rhett Cunningham ’22 of Ripon, Wisconsin, gained experience working with a primary election campaign over the summer with assistance from a CPP Fellowship Grant for student interns in public policy or politics from the Center for Politics and the People at Ripon College.

He worked for the Committee to Elect Luke Dretske. Dretske ’21 was a candidate in the Wisconsin primary to represent the 41st Assembly District.

Cunningham moved to Ripon from his hometown of Oregon, Wisconsin, in the summer of 2019. He wanted to become more involved in the community and sought internship opportunities with campaigns in the area.

With Dretske’s campaign, “a lot of effort was put into canvassing and door-to-door campaigns,” he says. “Behind the scenes, I designed official media including online, mailing and promotional materials. I also wrote and edited statements and posts. Other responsibilities included managing social media and organizing events, meetings, and appearances.”

He says he learned a lot from the experience, both professionally and personally. “This was my first time working for a campaign and seeing the behind-the-scenes of how they operate,” he says. “Seeing the inner workings of fundraising, constituent outreach, and networking and advertising provided me with a lot of valuable experience.

“Personally, I also learned how to work better in a small team. Cooperation, coordination and collaboration were all integral to our success. While individual responsibilities mattered, the effort of the whole group is what defined the campaign.”

Cunningham says the internship gave him new perspectives that he will carry forward. Previously, he had worked for politicians who were already in office. “This experience gave me insight into a different aspect of the field I had not seen before,” he says. “It also helped me find what I am passionate about in politics and where I want to go from here. “

During the fall semester, Cunningham is working in the Office of Constituent Engagement and is hoping to focus on the field of constituent outreach and engagement.

Cunningham is majoring in politics and government with minors in national security studies and military leadership. He also serves as president of Young Americans for Freedom, president of the International Relations Club and a member of Student Advisory Board for the Center for Politics and the People. 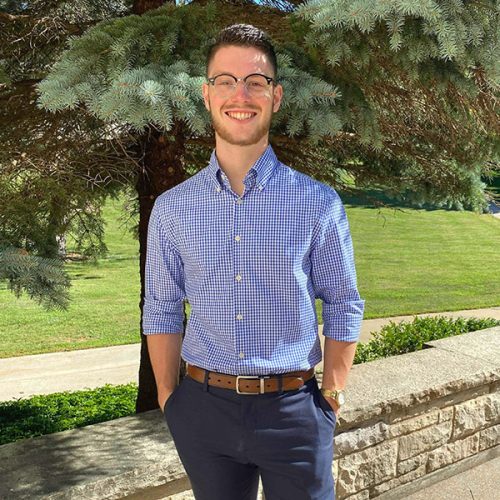