As a virtual Family Weekend kicks off this week, we will be recognizing some of our Legacy students, those who had a family member or members who previously had attended Ripon.

Details about the weekend can be found at ripon.edu/family-weekend.

Preston Wurtz ’22, a junior from Ripon Wisconsin, says, “My brother’s experience made me realize that I had the opportunity to be a part of a tradition bigger than myself.”

Wurtz is a double major in psychology and politics and government and is following in the footsteps of his father, a brother and a cousin at Ripon.

Thanks to his family, Preston says he always felt very connected to the Ripon College community, attending his cousin’s basketball games, his brother’s tennis matches and his father’s alumni games and events. Ripon College athletics, he says, were a common part of his everyday experiences.

Preston, like his brother before him, is a member of the men’s tennis team. He says having the opportunity to participate as a student-athlete was one of his main reasons for attending Ripon..

“Being a legacy student means I not only represent myself on campus, but my entire family,” Wurtz says. “It means professors and staff have expectations for me. Challenging and exceeding these expectations in order to leave a legacy of my own has always been a driving force for me.”

Wurtz already has proven that he has the academic prowess of his fellow Wurtzes. He has made the Dean’s List each semester and twice has earned academic all-conference honors in tennis.

He is confident, however, that his college experience will differ from those of his family members. “My father went to Ripon College in the 1970s, so I think it’s fair to say that there have been changes in experience,” he says. “However, there are certain cornerstones of Ripon College that remain consistent over time. Both my brother and father always underscored the value of a liberal arts education through Ripon College. I think that no matter how much the College is impacted by external factors like COVID-19, its devotion to providing a quality liberal arts education remains a constant.”

Wurtz plans to follow the path of his father and attend law school after graduation, and, eventually, he hopes to continue the family legacy by encouraging his future children to attend Ripon College.

“Every time that another Wurtz comes to Ripon College, the legacy and bond is strengthened,” he says. 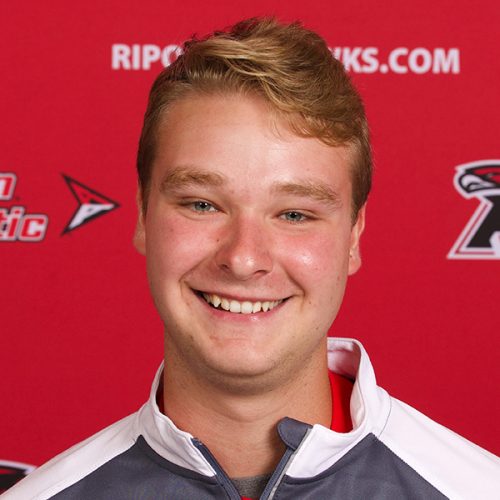