Ripon College’s War Memorial commemorates Ripon alumni who gave their lives in service to their country in conflicts from World War I onward. The Memorial Plaque was presented by J. Harold Bumby, Class of 1923.

The plaque mounted on stone originally was located on Elm Street in front of the old Memorial Hall, renamed Memorial Gymnasium in 1951. After Memorial Gymnasium was taken down, the memorial was moved to its current location along Seward Street at the end of the green space.

Commemorated on the plaque are: 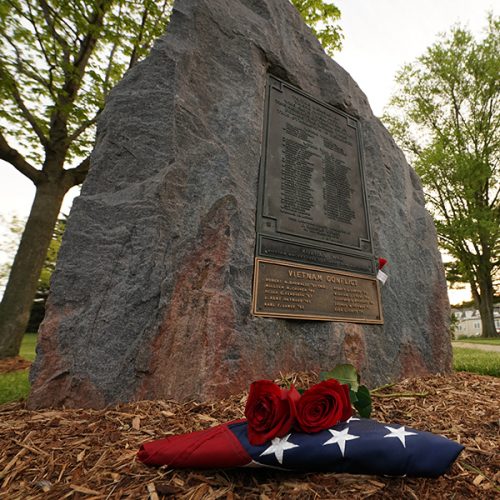