The paper “Social polygyny in the Eastern Bluebird (Sialia sialis),” by Professor of Biology Memuna Z. Khan, was published in the December 2021 volume of the Wilson Journal of Ornithology.

In 2018, Khan observed a rare occurrence of social polygyny, in which a male simultaneously tended nests with two different females at his second and third broods. Typically Eastern Bluebirds exhibit a socially monogamous breeding system, so observing an instance of a different breeding behavior begged for a closer study.

She found that “multiple brooding behavior likely created an opportunity for an early breeding male to exhibit social polygyny. Food supplements and breeding asynchrony likely mitigated the costs of sharing a male.” Khan was able to analyze the breeding histories of each bird because she and undergraduate students have applied unique markings to 90% of the bluebirds in her study site each year since 2007. 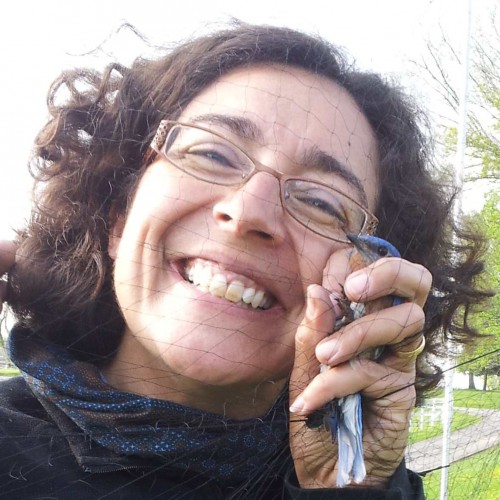