PBS NewsHour political commentator Mark Shields will speak at 4:30 p.m. Wednesday, April 8, in Great Hall, Harwood Memorial Union, on the Ripon College campus. The visit is sponsored by Ripon College’s The Center for Politics and the People. Admission is free and open to the public.

One of the most respected political analysts and the “most trenchant, fair-minded and thoughtful,” according to The Wall Street Journal, Shields entertains and informs audiences with his wit and incisive analysis of today’s political headlines and American politics and policy.

Shields has been one half of the political analysis and commentary team on the award-winning PBS NewsHour since 1988. For more than 25 years, he has been a syndicated columnist and has been described as “a walking almanac of American politics” by The Washington Post.

For 17 years, he was moderator of CNN’s weekly political discussion show, Capital Gang, and was a regular panelist on Inside Washington, a weekly public affairs show aired on both PBS and ABC until it ceased production in December 2013.

He has served as an aide to Wisconsin Senator William Proxmire; served on numerous national, state and local campaigns; taught American politics and the press at the University of Pennsylvania’s Wharton School and Georgetown University’s Graduate School of Public Policy; and was a fellow at Harvard’s Kennedy Institute of Politics.

Shields is the author of On the Campaign Trail, about the 1984 presidential campaign. 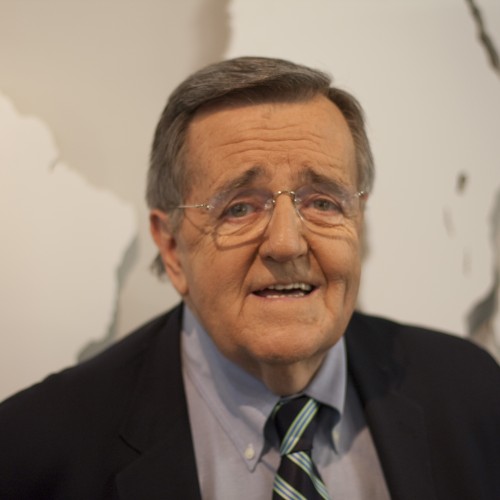