“I took a Wetlands Ecology course the summer after my freshman year,” she says. “I went as a suburban kid who had never paddled a canoe much less hoisted one onto my shoulders for a portage trek, and came home ready to wade into lakes to look at sedges, eager to search the woods for tiny orchids, proud of my new Duluth pack-lugging, rock-scampering, bog-slogging skills.

“The opportunity to study biology out in the woods, to see and hear and smell the beauty and the science, provided a new understanding of what it means to be ‘a biologist’ — and an appreciation for the confidence that can come from mastering skills in a field setting.”

That came with an unexpected “sacrifice,” says Professor of Biology George “Skip” Wittler. Some participants dug up saplings to plant near the buildings. “While collecting a small tamarack tree on the edge of a nearby bog, Lori had a difference of opinion with several of the local black flies who insisted that she was invading their territory,” Wittler says. “Clearly, the black flies won. Her face swelled so much that she could barely see. She was fine after a few days but had a new respect for the black flies.”

“Learning that it doesn’t have to take a million dollars to make a very personal contribution to Ripon — that we could start a fund and invite others to join in — is very satisfying,” Marshall says. 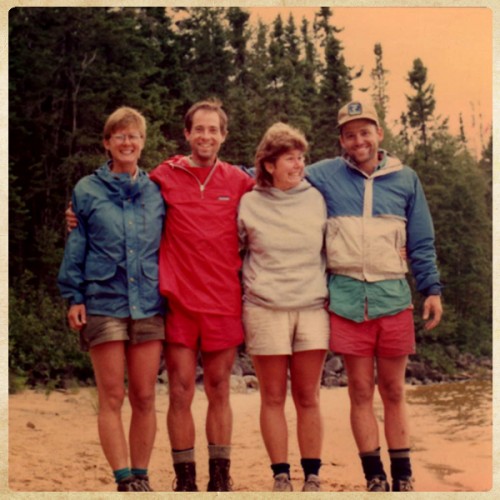