Austin Van Treeck ’14 of Sheboygan, Wisconsin, is a workforce development professional for the Sheboygan Country Economic Development Corp. He participated in a private job fair Wednesday to assist workers displaced from the closings of Conagra Foods (Ripon Cookie Factory) and Gredy Foundry in Berlin.

“Between the two companies, nearly 500 employees will be losing their jobs,” Van Treeck said. “Sheboygan County currently has more than 2,000 job openings and is looking to fill these positions.”

Five Sheboygan companies and 25 companies from around the Fox Valley area participated in the job fair.

As a graduate of Ripon College, Van Treeck said he appreciated the opportunity to help the community of Ripon. He can be contacted here. 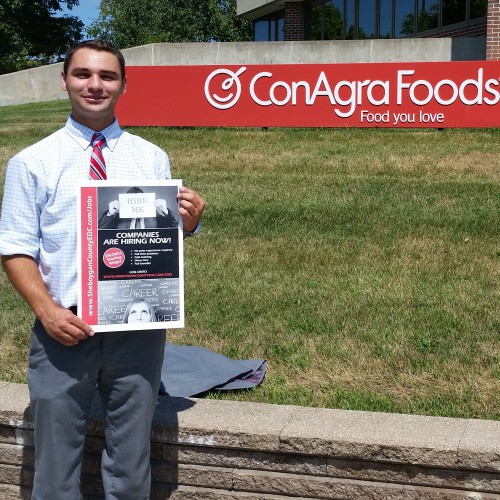