All the world’s a stage for Amanda Finn ’14

“I’ve loved acting since I was young,” says Amanda Finn ’14 of Madison, Wisconsin. “It was my first love.”

At Ripon, Finn majored in theatre, English and film/media studies. As a sophomore, she was encouraged by Professor of Theatre Bob Amsden to participate in the O’Neill Critics Institute within the Kennedy Center American College Theatre Festival for Region III. Through this experience, she met many influential people,

“I worked with University of Wisconsin-Oshkosh Professor of Theatre Jane Purse-Wiedenhoeft along with long-time Milwaukee Journal Sentinel theatre critic Damien Jaques, who opened up the world of theatrical criticism to me,” Finn explains.

The next year, she again participated in the program, which had been renamed the The Institute of Theatre Journalism and Advocacy. This time, she was chosen to go to Washington to participate in the program at the national level. She met more contacts, including Professor of Theatre Mark Charney of Texas Tech University and nationally recognized theatre journalist Nelson Pressley of the Washington Post.

During her senior year at Ripon, she participated in the program again at the regional level. “I learned a great deal about how to approach theatre from an outsider’s perspective, while still making the articles informative and fun to read,” she says. “I also developed relationships with mentors that I am eternally grateful for.”

Finn now works as an advertising representative with Footlights Magazine, covering shows in Milwaukee, Madison, Chicago and Wisconsin Dells. She matches businesses with different theatrical shows. Her favorite part of her work is meeting a variety of theatre groups and working with them.

“My time at Ripon exposed me to so many types of theatre that I am able to help clients find shows that fit their needs as a business and make sure they are not a part of shows that do not connect to the right audience,” she says.

Finn is also the Madison contributing editor for BroadwayWorld.com. “Because of my English education at Ripon, these articles are a great deal of fun to write; and my following of readers, particularly in the Madison area, tells me that my voice is well-developed,” Finn says.

Recently, she worked as a makeup designer and assistant director on the independent film “The Reason for Jim Season,” with Nicholas Alexander in conjunction with Phantom Moth Productions. “It’s an incredibly well-written screenplay and it was my honor to be a part of it — despite the grueling hours,” Finn says. “Makeup design was tricky with the various lighting differences, and also because of multiple takes.”

The film is in the final production stages.

Because of her work as Madison editor of BroadwayWorld.com, Finn has received a fellowship to attend the scholarship to attend the Eugene O’Neil Theater Center’s National Critics Institute June 27 through July 11 in Waterford, Connecticut. The institute is designed for working and experience theatre journalists from across the country.

“When I received my email from Chris Jones of the Chicago Tribune letting me know that I’d been accepted, I was in shock,” Finn says. “I’ve been reading his articles for years, and it will be such a joy to work with him as well as my mentor, Mark Charney, again. This fellowship is something I’ve been aspiring to be a part of since I first heard about it during my time with the program with KCACTF. It’s an honor to be chosen.”

Through many avenues — film, production, writing and business — Finn is sharing her love of the theatre industry with the rest of the world. 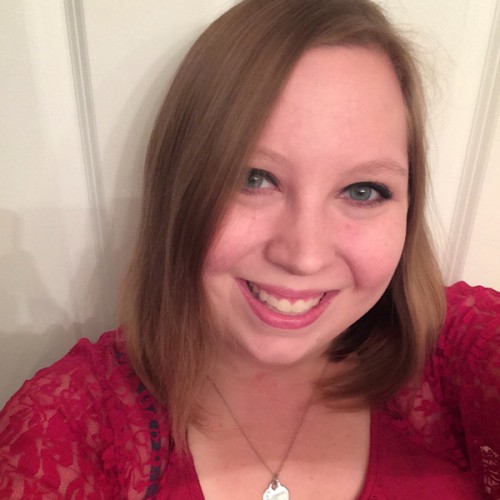