“The Iran Nuclear Deal” will be discussed Wednesday, Sept. 30, by Cheryl Rofer ’63, consultant and CEO of nucleardiner.com; and Jonathan Ruhe, associate director of the Gemunder Center for Defense and Strategy, Jewish Institute for National Security Affairs. This is the inaugural event of the 2015-16 academic year for the Center for Politics and the People (CPP) at the College. The discussion will begin at 4 p.m. in East Hall Little Theatre.

Rofer is a trustee of the College, a consultant on nuclear energy issues and CEO of nucleardiner.com., an online forum. She worked as a scientist at the Los Alamos National Laboratory for 35 years.

At the Jewish Institute, Ruhe leads policy research and advocacy on U.S. strategy in the Middle East.

The CPP’s next offering will feature Rick Estberg, a 1975 graduate, on Oct. 2. He has worked as a Department of Defense civilian for more than 30 years. 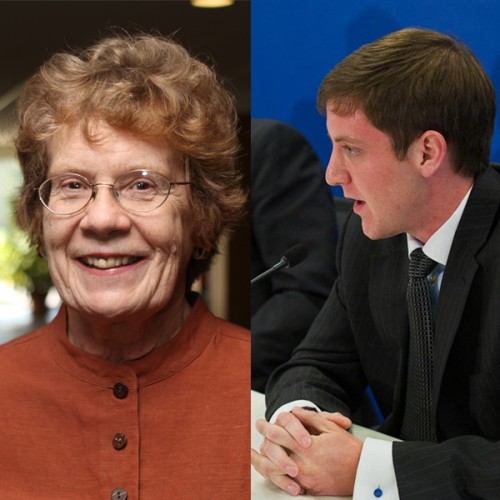