Jon Wilcox ’58: Still giving back while kicking back

Jon P. Wilcox ’58 of Wautoma, Wisconsin, has seen the world as a first lieutenant of the U.S. Army, had his own law firm, served in the Wisconsin Assembly for three terms, was the Circuit Court Judge in Waushara County for 13 years and then served as a justice on the Wisconsin Supreme Court for 15 years.

Since retiring in 2007, Wilcox has been just as busy as ever. He and his wife, Jane Ann, returned from Madison to their family tree farm near Wautoma, a farm of approximately 1,200 acres, with up to 800 acres of trees. The farm has many kinds of trees, but predominantly white and red pine and oak. The trees are harvested for lumber or pulp.

“Trees are a renewable resource,” Wilcox says. “In my life, I, as well as my wife and two children, have probably planted a half a million pine trees.” Wilcox manages his farm in an environmental fashion, planting more trees than he cuts down.

When harvesting trees, Wilcox uses the “selective cutting” method, a more difficult but more eco-friendly approach to harvesting. In selective cutting, a field will be chosen and then marked for every other row or every third row to be cut, for example. This prevents the canopy, the forest “roof,” from being too tight and blocking out sunlight, he explains. With a looser canopy, plants can grow and the trees self-seed to have a healthy forest of trees of different ages and sizes that are enjoyed by birds and wildlife.

Wilcox also currently serves as a member of the UW Carbone Cancer Center Advisory Board. The center is the only comprehensive cancer hospital in Wisconsin focused on cancer research, prevention, and providing the best care possible. Wilcox has been on the board since 2009, and “it’s something I’m happy to be a part of,” he says.

“I’m a cancer survivor myself,” says Wilcox, who had surgery in December of 2002. “Once you’ve faced that disease, you want to do everything you can to help others who face it.”

Among many other community activities, Wilcox also serves on the board of Ripon’s Center for Politics and the People, and has chaired the Sexual Abuse Review Board for the Madison Catholic Diocese for almost eight years.

Wilcox says he is enjoying his retirement and living on his family tree farm. “I enjoy the rural Wisconsin life; I can fish, hunt and hike on my own land,” he says. But even now, as a retired man, he continues to remain involved and give back to many things, while still enjoying life’s simpler pleasures. 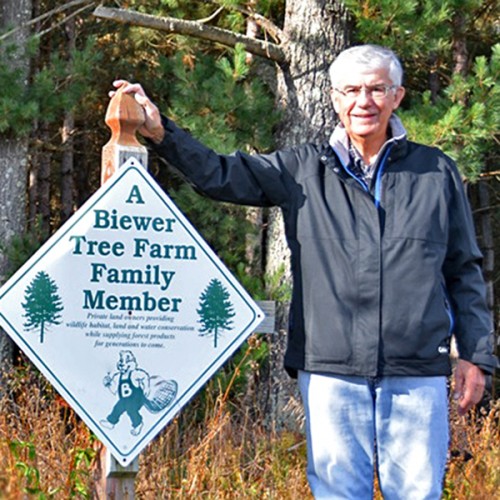