As Veterans’ Day approaches, Allycia Bretl ’14 has a unique perspective on working with veterans, active duty personnel and their families.

Bretl is seeking a Masters of Social Work with emphasis in Clinical-Behavioral Health at the University of Maryland. It was here Bretl was set up with an eye-opening internship. She is working in the Mother and Infant Care Unit at Walter Reed National Military Medical Center.

“Needless to say, I get to see cute babies on a daily basis, which always makes me happy,” Bretl says.

Bretl’s search for the perfect internship involved a reciprocal process. The hospital she chose had to choose her, as well. After an extensive process involving numerous revisions to her resumé, a person statement, face-to-face interviews and telephone interviews, Bretl was selected as one of 15 interns accepted nationwide. She says, “Working as a civilian for the military is a challenging process to get through — but it’s a pretty incredible feeling.”

She especially enjoys interacting with patients. “If anyone knows me, I’m a pretty outgoing, sociable person, and talking to people is second nature to me,” Bretl says. “Having the ability to communicate and help people on a daily basis is certainly what I go to work to accomplish. I truly love what I do, and I truly love the population I am working with.”

She says she is having to adjust to life in a big city after living in Ripon for four years. She says she also is challenged by working in a hospital for the first time and also by working for the military. She not only had to learn hospital protocols, but also military rules and procedures.

“The military is very particular with everything that is done,” Bretl says. “I’m continuously learning new ranks, new ways of doing things, new systems to work through, etc.”

Bretl’s other love she found during her time at WRNMMC is a passion for social work. But, the work can also be challenging: “Also, being a Social Worker can be a struggle in itself sometimes. I work with a very vulnerable population, not to mention, in a very vulnerable setting. I have the occasional case that is emotionally challenging or physically demanding. Some days I come home and I cry. It comes with the territory.

But in the end, it is all worth it, Bretl says. She believes she was born to work with people and that she is just where she needs to be. “Seeing the people I help grow as individuals and live their lives to the fullest is the best feeling in the world,” she says. 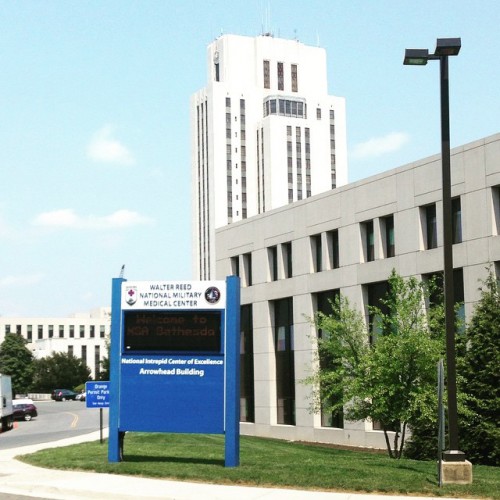