Grayson Brooke ’05 of Long Beach, California, a TV/film producer, will present a talk and discussion via Skype at 4 p.m. Thursday, Dec. 3, in Room 200 of Smith Hall.

After graduating from Ripon College in 2005 with degrees in theatre and communication, Brooke headed to Hollywood. His production credits include such television series as “Million Dollar Listing,” “Showhouse Showdown” and “Freakshow,” as well as the 2014 horror short “The Exorcism Diaries.”

He’s currently co-writing and producing an action film, “26 Floors,” In addition to working as a story producer for all3media, a leading content creator for TV, film and digital media, Brooke runs his own production company – He Be GB Productions – and continues to manage multiple free-lance projects.

His talk is presented by the Ripon College Communication Consortium. 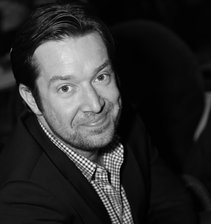