Ginny McGehee ’77 to be inducted Dec. 5 into broadcasting hall of fame

Ginny McGehee Condon ’77 of Colchester, Vermont, is one of three people who will be honored with induction Saturday, Dec. 5, into the Vermont Association of Broadcasters Hall of Fame. She is the longest-serving full-time female radio personality in Vermont history.

A native of Philadelphia, McGehee began her broadcasting career at WNBZ-AM in Saranac Lake, New York, in 1980, where she hosted a daily show and broadcast local high school hockey and football play-by-play. She was no stranger to the world of sports. While at Ripon College, she became the first woman to play goalie for the men’s lacrosse team, a team that beat Division One rival Northwestern.

In 1983, she moved to Burlington after being hired by WJOY Program Director Joel Najman. Outside of a successful stint as the afternoon disc jockey on sister station WQCR-FM (now WOKO-FM), she has spent most of her time on the air at WJOY. She and Steve Pelkey began hosting the weekday “Breakfast Table” program in 1993, and McGehee has hosted the show by herself for the past 15 years.

McGehee serves as public service director for all five Hall Communications stations in Vermont. She also is a longtime board member of the Vermont and New Hampshire Chapter of the American Red Cross and is a former board member of Champlain Valley Crimestoppers. She emcees numerous events, including the Alzheimer’s Walk and the Burlington Christmas tree-lighting ceremony. She received a Distinguished Service Award from the VAB in 2011. She and her husband, VAB Executive Director Jim Condon, have a son, Tom, a freshman at the Newhouse School of Communications at Syracuse University. 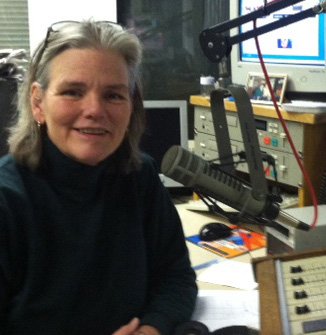