Robert G. and Joan B. Murray of Wellesley, Massachusetts, will be honored by Ripon College with its annual Founders’ Day Award Tuesday, Feb. 9. The award is presented to an individual, couple or organization who exemplify the ideals behind the creation of Ripon College in 1851.

The ceremony celebrating the 165th anniversary of the College’s founding will be held at 11:15 a.m. in Great Hall of Harwood Memorial Union on the Ripon College campus. Brief historical presentations will be given by Holly Erickson ’18, Amy Fels ’17 and Zachary Peterson ’16.

The Murrays are loyal supporters of Ripon College. In 2007, they funded a $50,000 endowed scholarship in memory of Robert’s parents and donate annually to that fund. In 2014, they donated $1 million to establish an endowed professorship in economics. The gift was part of the Imagine Tomorrow comprehensive campaign, and Soren B. Hauge has been named the first John Barlow Murray ’37 and Nellie Weiss Murray ’37 Professor in Economics.

Robert G. Murray hails from a historic and philanthropic Ripon family. He grew up in Ripon with his brothers Bill and John’66. Robert Murray’s maternal grandfather, George Weiss, was a member of the class of 1886. His great-grandfather, Joseph Barlow, donated land for Barlow Park in Ripon. His grandmother, Elizabeth Barlow Murray 1908, donated the land for Murray Park.

His parents, John “Jack” Barlow Murray ’37 and Nellie Weiss Murray ’37, both were Ripon College graduates. Jack was an economics major at Ripon College, president of Speed Queen Corp. (now Alliance Laundry) and later vice president, consumer products, of the parent company, McGraw Edison in Elgin, Illinois. He served on the Ripon College Board of Trustees from 1959 to 1977 and was an honorary life trustee until his death in 2007.

Nellie graduated with majors in English and education. In 1968, Jack and Nellie received distinguished alumni citations from the Ripon College Alumni Association. Jack also received an honorary doctorate degree in 1980.

“I’m honored to receive the Founders’ Day Award,” Robert Murray says. “I have warm memories of growing up in Ripon. I haven’t been a part of Ripon for more than 50 years, but I feel as though my roots are there. I was well-aware of the positive impact Ripon College has on the Ripon community, and my parents instilled in all of us kids the importance of giving back. Our family over many years has had close ties to Ripon College, so this made it a natural for me to give back to Ripon College. I feel I am accepting this award on behalf of my parents and entire family.”

Murray is a 1967 graduate of Swarthmore College with a bachelor’s degree in economics and a 1975 graduate of Harvard University, where he received an MBA. He is CEO of Taxbridge Financial Group. From 1969 to 2005, he was president and CEO of Tax Man Inc., owning a chain of 24 tax preparation offices in Massachusetts. In November 1975, he received the Elijah Watts Sells certificate of honorable mention and the gold medal from the Massachusetts Society of CPAs for receiving one of the highest scores in the country for the CPA exam.

The Rev. Joan B. Murray has earned three master’s degrees, in education, business administration and divinity. She did non-parish work with the poor and homeless, proctored services within the community and was a community chaplain with Chaplains on the Way, a ministry she founded, until her retirement. 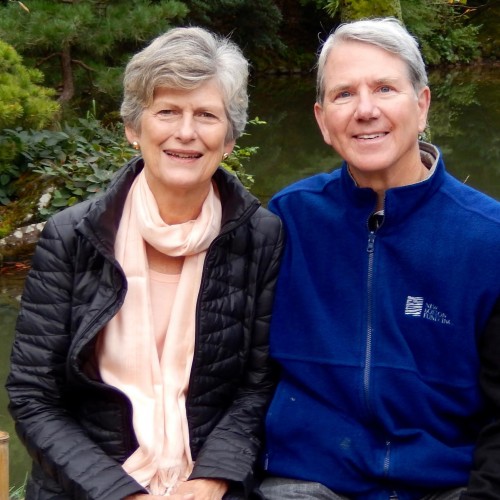