“Ever since I studied abroad my junior year at Ripon, I put it on my bucket list that I wanted to live and work in a foreign country,” says Melissa Kreikemeier ’03. “A couple years ago, I realized that if I was really going to do it, I needed to do it now.”

Kreikemeier, already certified to teach, got ESL certification, which allows her to teach English as a second language, and began applying to international schools. “I decided to teach in China after my first Skype interview at a school in Turkey,” Kreikemeier says. “The woman offered me an ESL teaching job, but the pay was not ideal with someone with student loans. She asked me if I had ever considered China. She had taught for seven years there and had loved it. I started doing research on the country and found a few more people who liked it, so I started applying there.”

After being accepted for a job, Kreikemeier spent the next year teaching chemistry and biology at a Chinese high school with an A Level program. These are programs common in places like the United Kingdom and allow students with high test scores to attend university in an English-speaking country.

Despite not teaching ESL, Kreikemeier is glad that she got the certification. “It helps you understand how language learners absorb information,” she says.

Living in a new country meant adapting to a new culture. “For me, the biggest transition was the population size,” she says. “There are a lot of people and everything takes forever, and it’s quite fast-paced, especially in the city. Transit and stores and everywhere is crowded. As a tall blonde woman, I got stared at a lot and people want to take pictures with you.”

After spending a year teaching in China, Kreikemeier now is teaching at a small community college in the Marshall Islands, a collection of small islands in the Pacific Ocean, where she will teach for the next year-and-a-half. Her life there is very different from her time in China. “Life is a little slower here, and the people are very friendly,” she says.

Kreikemeier enjoys what teaching students from other countries has to offer. “One of my favorite things about teaching, especially in foreign countries, is interacting with my students and learning about their culture,” she says.

Kreikemeier recommends that people, especially from Western countries, spend time in other places. She has appreciated her time outside of the United States and is excited for whatever happens next. 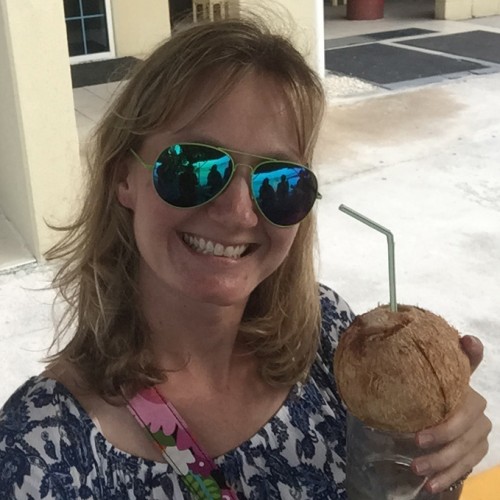