The concert will feature works from a wide range of musical styles and time periods. Highlights include two popular, powerful and colorful contemporary works, Frank Ticheli’s “Vesuvius,” a portrait of the last hours of Pompeii; and Samuel Hazo’s “Arabesque,” a large-scale evocation of the dance music of his forebears. Another dramatic contemporary work, Ola Gjeilo’s cinematic “The Spheres,” also will be featured.

Other works on the program include the long-time band favorite, the transcription of Richard Wagner’s “Elsa’s Procession to the Cathedral” (from “Lohengrin”), John Philip Sousa’s “The Black Horse Troop” and the band classic “Chester,” by William Schuman.

The concert, conducted by Professor of Music Kurt Dietrich, is free and open to the public. 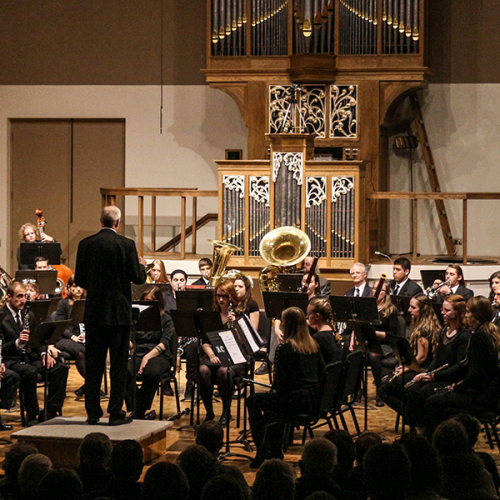