Christine Anhalt-Depies ’09 of Madison, Wisconsin, is another Ripon College alumna to earn an honorable mention in the 2016 National Science Foundation Graduate Fellowship awards.

She placed in the field of ecology and is studying wildlife ecology at the University of Wisconsin-Madison. 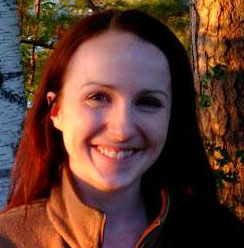